Solar Power - Lorde's third album with a heavy load of sunny side-up reflections of the green universe was released on August 20, 2021. 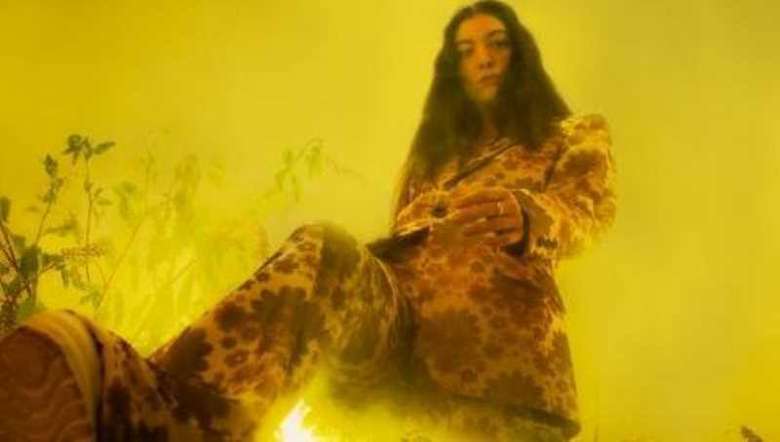 Lorde – Ella Marija Lani Yelich-O’Connor –, after a home sweet break in Auckland, makes a breezy comeback with sunny-side up - Solar Power, her third album, which the singer describes it in one word as “divine”. Dressed in happy yellow and ushering in deep mellowness, Lorde rings out "prettier Jesus" in the sand, under the sun by the sea.

The singer-songwriter's first album Pure Heroine with its hit single, Royals placed Lorde on a pedestal of fame as the “future of music”, as stated by David Bowie. Her second album Melodrama,however, could not lead her further up the road.

After wrapping up her tour of Melodrama in 2017, the Greenlight singer reportedly hit home to New Zealand and the time away, perhaps, got her closer home to nature and soak up the beauty of it all.

This time, breaking away from her past music, Lorde stepped up with Solar Power which was released on August 20 by Universal Music, and said she has grown up so much in the years.

“I have grown so much in the years since I became famous. School friends describe me as a mum, or grandma... I’m significantly less famous than I was when I was 16, but that’s exactly how I like it,” the New Zealand singer said in an interview with The Sunday Times.

Sending out a message to her fans who loved her past music which won millions of hearts, she said, “It’s OK if this doesn’t mean as much to you. That might be sad, but it’s all good. We’re all moving on.”

“Once, a Lorde album was a monument years in the making, but here she asks us to be satisfied with everyday beauty, unassuming arrangements of guitar, keys, percussion, and voice… Lorde communes directly with nature, and in between, she smuggles in love songs, dreams, doubts, a memorial for her late dog, Pearl, and, for the first time, close vocal harmonies with other singers, including Clairo and Phoebe Bridgers. It is the first Lorde album that doesn’t try to tug on your sleeve, or stare directly into your eyes. It feels like doing less” – a review by Pitchfork.

However, as she leaves her teenage past behind and is moved by something greater she believes in, the “divine” power of Super Power which she wrote and produced with American musician Jack Antonoff has already set in the sound of a different kind of super unique hit! Audience are raving about it as a "breathe of fresh air"