IFP Editorial: There's something in the air as certain issues have cropped up in view of the new relaxations announced while the second wave of the pandemic is not over yet. 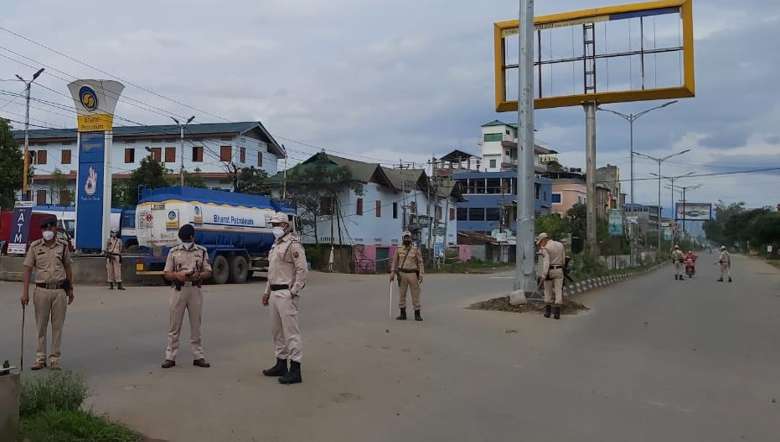 The nightmare of the second wave of the pandemic is not yet over with the percentage of daily positive figures hanging over 10 pc, while the requirement for heaving a sigh of relief is below 5 pc. Yet, the state has slowly started to ease the restrictions of a lockdown while night-time curfew still remains. All secretariat departments and Manipur government offices and offices of the central government have been asked to start functioning with e-office and physical attendance of Group A officers and 50 per cent of the remaining staff from August 23 by taking adequate precaution and strictly following Covid appropriate behaviour. All standalone shops like shops selling construction material, hardware, electrical items, cement, stationery and others located outside Paona Bazaar and Thangal Bazaar are also allowed to open from 7 am to 2 pm. All vehicle workshops may open from 9 am to 3 pm on all days. The government further permitted opening of local vegetable vendors from 7 am to 2 pm for purchase by the locals on all days wherein vegetable vendors should be seated at least six feet away from one another on spaces marked by district administration. Local grocery shops may open from 7 am to 2 pm and shops selling fish, poultry and poultry products from 8 am to 2 pm, it further stated, adding shops selling milk and fresh milk products can open every day from 6 am to 9 am. Wholesale shops of grocery and food essentials located in Thangal Bazaar and Masjid Road will be allowed to open from 7 am to 2 pm as per a schedule. According to the order, there will be opening of shops from 8 am to 2pm in Thangal and Paona Bazar on roster except for shops in gullies or by-lanes between buildings as per schedule. However, there is no hint of the women markets of Khwairamband Keithel opening in the immediate future.

Meanwhile, the Chief Minister’s COVID-19 Affected Livelihood Support Scheme was launched on Sunday considering economic dislocations, which had severely affected the livelihood of a large percentage of the population leading to an inability to maintain a basic minimum standard of living. During the launch function, Chief Minister N Biren Singh mentioned that applications were invited for the scheme through proper survey at the District levels and added that a total of 22,336 applications had been received so far, including 13,651 from street vendors, 4,890 from transport drivers, 3,680 from van drivers and 145 artists.  Out of the applications received, 7,943 had been verified and of this first instalment of Rs 2,500 would be distributed to 6,276 applicants today bearing a total amount of around Rs 1.56 crore.  The second instalment for the same would be disbursed within September this year. The scheme was introduced considering the effect of COVID-19 pandemic to the livelihood of a large percentage of population, especially vulnerable groups who didn’t have a regular source of income.

We appreciate the state government for doing whatever it can to help the poor and needy as well as persons working in the unorganised sector howsoever meagre the amount may be, given the difficult financial situation of the state coffers. The same kind of help had been extended to MSMEs and market women including street vendors through loans in collaboration with the banks during the first wave. But, the question is how long this can go on. The central government helps in ramping up health infrastructure and providing free rations, but the state is left on its own to help the poor and needy whose life and economic activity had been disrupted by the pandemic.

Yet, certain issues have cropped up in view of the new relaxations. Does it herald a fresh recruitment drive in view of the ensuing 2022 assembly elections or simply a question of public interest? Something is in the air. Now, the question as to when the state will be opening up the public transport system and the educational institutions are on everyone’s lips.