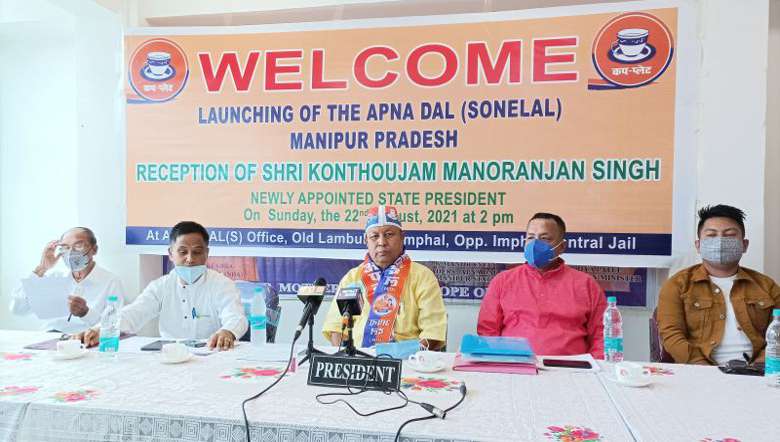 Apna Dal (Sonelal) Manipur Pradesh was launched in the state on Sunday at its state head office located at Old Lambulane opposite to Imphal Central Jail, Imphal West, where the state president of the party, K Manoranjan Singh appointed 10 office bearers to run the state party.

K Manoranjan Singh was appointed as state president of Apna Dal (S) by the national party on Wednesday last.

The party provide similar treatment to each party member. The main objective of the party is to bring equality among everyone and to promote the minority people, he added.

‘Cup and plate’ is the party symbol which is the favourite symbol of Prime Minister Narendra Modi. Modi was once a tea seller and his tea could be completed with the cup and plate, said Manoranjan.

Most of the political parties are fully corrupted and Apna Dal (S) is against corruption, said state president. Under the leadership of national president Anupriya Patil, the party will eradicate corruption, he added.