The JCILPS demanded that the cut-off base year for identifying non-indigenous people/outsiders/non Manipuris should be January 1, 1951. 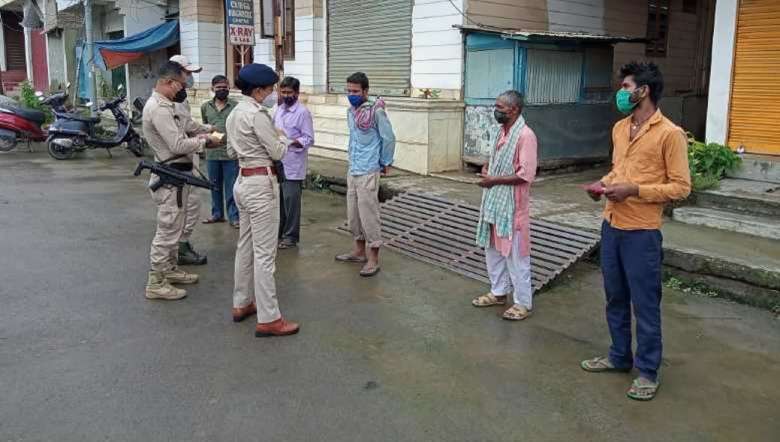 The Joint Committee on Inner Line Permit System (JCILPS) on Sunday demanded for a clear and distinct redefining of the term ‘indigenous person’ and permanent residents of Manipur under section 3 and 8(1) of the Manipur Inner Line Permit Guidelines (MILPG).

The demand was a part of its nine points memorandum submitted to the chief minister of Manipur on Sunday to regulate in effective ways, the prevailing Bengal Eastern Frontier Regulation, 1873 in the state of Manipur.

The memorandum stated that indigenous peoples/ persons of Manipur means those people who have been residing since time immemorial with historical and special inalienable relationships with the land, resources and territory of Manipur with distinct cultures and traditions, and experiencing historically and rooted continued subjugation, domination and threats to their survival, livelihood and identity.

In the meantime, any other Indian citizens who have been permanently residing and settling in Manipur since before January 1, 1951 and/or their descendants, whose names are enlisted in the National Register of Citizens of India, 1951 or in the Census of the year 1951 or else any relevant document/s like Provisional Electoral Roll of Manipur, 1950-51, shall be considered as the permanent residents of Manipur but not as Indigenous Peoples of Manipur, it added.

JCILPS demanded that the cut-off base year for identifying non-indigenous people/outsiders/non Manipuris should be January 1, 1951 since the then chief commissioner Manipur, Hemat Singh on November 18, 1950 abolished the former ‘Pass and Permit System’, thereby allowing the non-indigenous persons to enter in the state.

The records are maintained in The Census Report, 1951, The Electoral Roll of the year 1948, The Village Directory, 1951 and The National Register of Citizens, 1951, it added.

JCILPS also demands establishment of a Population Commission in Manipur so that the actual indigenous population and non-indigenous population can be figured out distinctly as per the agreed terms and conditions reached in the agreement between the state government and the JCILPS in the past.  The State cabinet has also passed the resolution for formation of the said commission, it stated.

The other demands also included strictly maintaining and updating the database of those persons concerning their ILPS. It shall be the duty of all the deputy commissioners of each district to strictly maintain an online monthly database of the particulars for every non-Manipuris, who have entered and exited the state and also to renew their passes, the memorandum added.

The memorandum stated that maintenance of online databases is necessary to ensure transparency, accountability and accessibility to the public and that the penalty for violating the MILPG, 2019, under Sec 20, should be effectively implemented.

It shall not be lawful for any person not being a ‘Manipur people or any Central agencies/corporations/authorities/multinational company for any beneficial scheme/ projects to acquire any interest, right or title in land within the territory of Manipur without the sanction of the state government, the memorandum stated.

Claiming that the ‘Bulk Permit’ concerning the Labour Inner Line Permit under Section 12 (e) of MILPG-2019 is highly controversial, JCILPs demanded that the required labourers should be provided with bulk permit only with the prior approval of the government and that the number of such labourers does not exceed 50.

However, the Inter-State Migrant Workmen (Regulation of Employment and Conditions of Service) Act, 1979 should be additionally implemented effectively in the state, it added.

Manipur Land Reform Commission which was already agreed between the state government and JCILPS should be established to start its functioning, the memorandum stated.