IPSA urged every community who wished for a united Manipur to oppose the bill at all cost while claiming that the bill has potential to disintegrate the unity of the state. 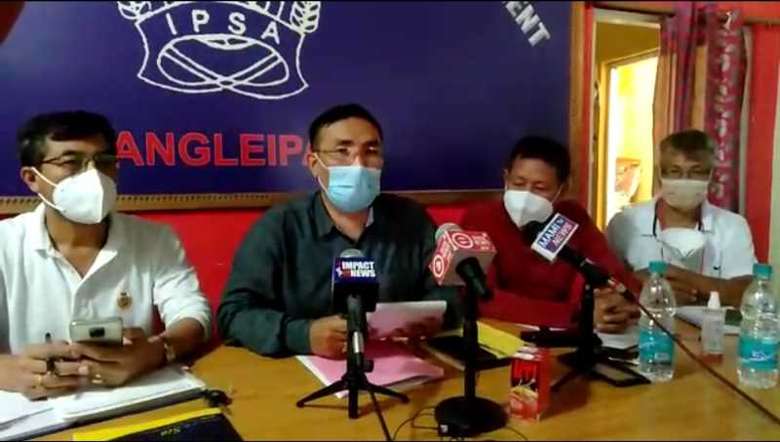 The International Peace and Social Advancement has demanded that the Manipur (Hill Areas) Autonomous District Councils Bill 2021 must not be discussed in the ongoing Assembly session before consulting all stakeholders of the state.

IPSA urged every community who wished for a united Manipur to oppose the bill at all cost while claiming that the bill has potential to disintegrate the unity of the state.

Briefing the media at its office at Keishampat on Saturday, IPSA vice-president, Khuraijam Athouba said that the bill is against the dream of former leaders of the state for a united Manipur.

Athouba said that the contents of the bill are sensitive and questioned why the HAC recommended the bill to be discussed in the assembly session without consulting different stakeholders in the state.

He said that the contents of the bill have similar provisions demanded by the NSCN-IM in its peace talk with the Centre and also ‘greater autonomy’ included in the Kuki Territorial Council demanded by the Kuki outfits under Suspension of Operation.

“The bill drafted by political leaders with vested interest is communal, ethnocentric and it has a divisive intent,” said Athouba.

Before the bill is passed or tabled in the ongoing Assembly session, IPSA will organise a consultative meeting of all the communities in the state. If HAC considers that the ADC bill is in the larger interest of Manipur and for the unity of the state, the bill should have been made public for larger discussion before tabling it in the assembly session, he added.

However, HAC has taken their own decision without the knowledge of people in Manipur since they have a vested interest and they want to divide the state. IPSA has no grudge against the innocent people in the hills districts but condemned the act of the representatives, said the IPSA vice-president.