The BJP-led coalition government in Manipur hadrecently ran into a deep political crisis after one of its major allies, the National People’s Party (NPP) withdrew its support from the government on June 17. 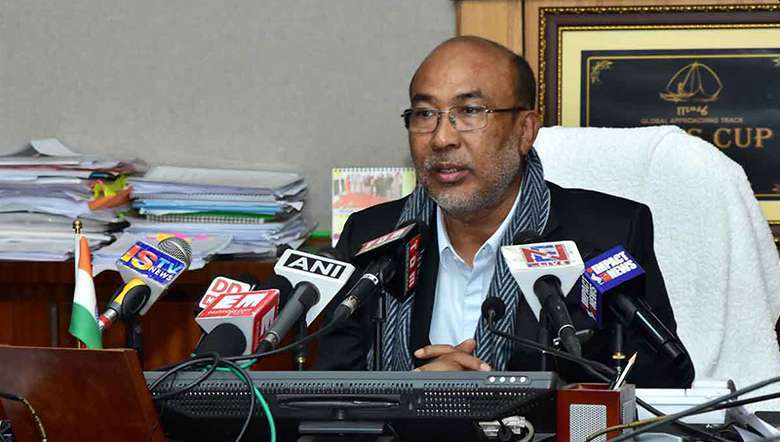 The same source disclosed that the meeting is related with the political development in the state, particularly the distribution of portfolios redistribution. It is learnt that N Biren Singh will first meet Amit Shah late in the evening followed by JP Nadda.

On Saturday, the Manipur chief minister, on the sidelines of the inauguration programme, told the media that he will soon visit New Delhi to meet party leaders to discuss on the portfolio distribution of his ministry. The BJP-led coalition government in Manipur had just recently ran into a deep political crisis after one of its major allies, the National People’s Party (NPP) withdrew its support from the government on June 17. To make the matter worse for the N Biren Singh led Ministry, two more MLAs who supported the government also withdrew its support and three BJP MLAs defected to the Congress party.

The defected BJP MLAs and allies forged an alliance with the Congress party, the main opposition in the state reducing Singh’s Ministry to minority.

The political drama which lasted for about a week ended on June 25 after the NPP decided to return to the coalition government. On the same day, NPP chief Conrad Sangma, who was in Imphal to submit the letter of support to BJP to Manipur’s governor, told reporters that they decided to go back following the assurance given by union home minister Amit Shah and BJP president JP Nadda to personally address the grievances of the NPP.

The NPP had alleged that the BJP-led coalition is functioning like an “authoritarian” government. Moreover, the NPP was also left out in major decision making of the government, it added. Sangma also said that all his four MLAs, who had resigned, will continue as ministers in the coalition but with some changes in the portfolios.