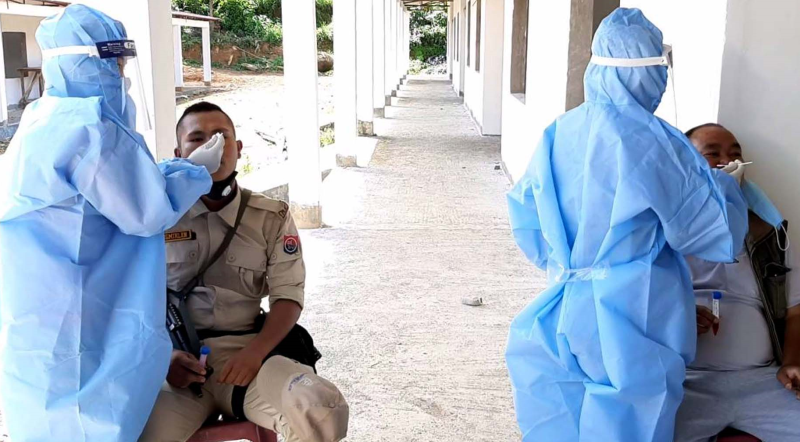 Kangpokpi district reached the hundredth mark in the number of positive cases as on June 28.  So far, 40 have recovered from the diseases and discharged from the respective hospitals while there are 60 active cases till yesterday. The cumulative number of samples sent for testing as on June 28 was 3,435 of which 3,234 sample results were received so far.

Meanwhile, 95 returnees from Bangalore including three children via Jiribam through special train reached the District Screening Centre Brig M Thomas Ground this morning while three returnees from Assam via Mao gate in a private vehicle and another 23 returnees from Delhi, Kolkata, Bangalore and Guwahati by flight also reached the district screening centre this afternoon.

The volunteers of COVID emergency food kiosk provided them food and they were later dropped in their respective designated institutional quarantine centres after screening at the district screening centres by the medic team.