The library and science laboratory rooms of the school were reportedly used as classrooms due to paucity of rooms. 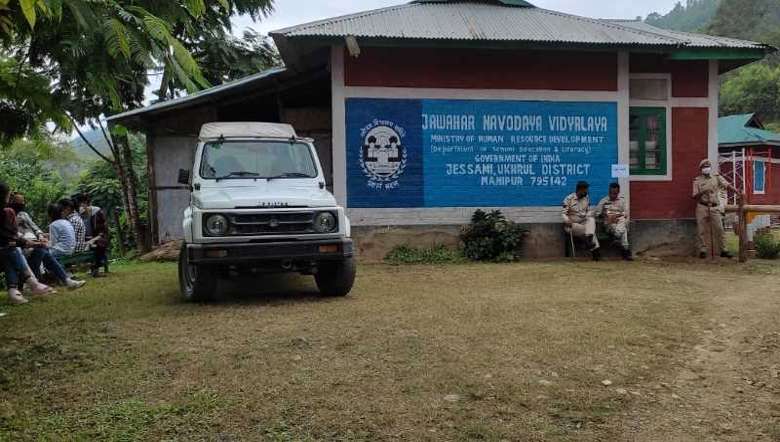 A team of Raphei Katamnao Long (RKL) led by its president Somipam Vashum visited Jessami Higher Secondary School under Chingai assembly constituency in Manipur on Wednesday and found the school to be in  a deplorable condition.

Speaking to Imphal Free Press, Somipam said that improving the quality of education is the need of the hour as the progress and development of any civilised society depends on the number of good citizens it could produce.

He said that library and science laboratory rooms of the school were found to be used as classrooms due to paucity of rooms and many teachers were posted in the same school but they were nowhere to be seen.

The student body has no options but to file a case and fight for equal, unbiased and fair treatment to the people of the hills especially to the border area, when this pandemic subsides. Such cases of shortage of teachers and poor infrastructure are not only in Jessami but in most of the schools in the hills, he added.

Somipam also said that he had urged all the duly posted teaching and non-teaching staff of the government schools in Chingai AC to perform their assigned job with dedication so that students’ education system which have been badly hit by the ongoing pandemic is not further jeopardised.

“Though there are enough teachers for higher secondary schools, it is saddened to know that only four teachers, including one utilised teacher, were there for the primary and high school students," said the RKL president, who took the team for a surprise visit at the lone Jessami Higher Secondary School.

The team also interacted with the school principal and discussed the various shortages in the school.

“Most of the teachers are re-transferred to other schools even before they could start their job of teaching smoothly. This imbalance has rendered the difficulty to run the school properly,” Somipam pointed out based on the minute discussion the team had with the principal.

The team also enquired about the Class VI admission selection test of JNV which was disturbed by the ongoing pandemic and only few students appeared.

In one of the centres, out of 164 seats, only 44 students turned up to write the selection test, said Somipam.

JNV Jessami was established in the year 2013 at a temporary location with a makeshift infrastructure. The permanent location has already been allotted by the Jessami village but so far there has been no development.