The world is changing fast and if Manipur do not join the movement in the administration reforms it would be left out as a straggler and there will be none to help it. 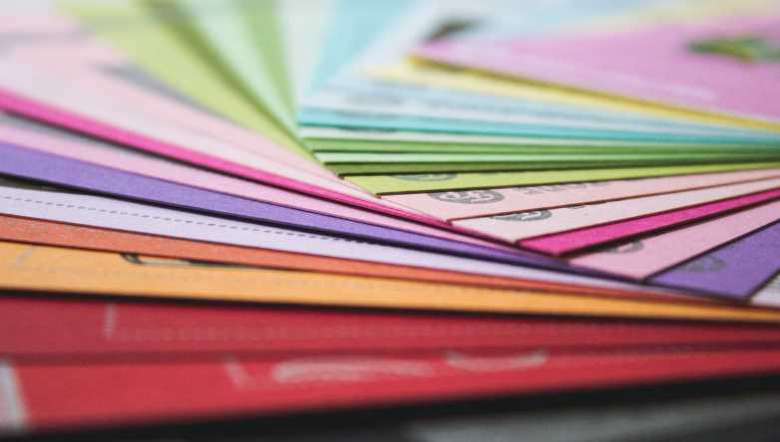 Convergence is in fashion now; its dictionary meaning being “the act of converging and especially moving towards union or uniformity”. The term convergence is used in Biology and Ecology, Computing, Mathematics, Economics, Linguistics, Accounting, etc with specific meanings, besides being the title of a number of literary works, music albums and tele-serials. But here the concern is in Public Administration or Management.

In the last four decades, a tsunami of reforms had swept public sector across countries, with its impact more acutely in the developed English speaking nations. Though the nature of reform differs widely across countries, the underlying philosophy driving the reforms is fairly consistent. Generally termed as New Public Management (NPM), the doctrine underlining the governing of public administration claims to transcend cultural, developmental, and other differences between nations. It emphasised on its universal application, though with minor modifications. It has three salient features namely, a belief in the superiority of market forces and competitive mechanisms; an awareness of the shortcomings of traditional bureaucracies; and an assumption that management is management no matter what form it takes, whether corporate or government. The term NPM has certain ambiguities but it is in common use, though the term ‘neoliberal “managerialism”’ used by G. Davis and R.A.W. Rhodes in their article “From Hierarchy to Contracts and Back Again: Reforming the Australian Public Service” (2000) gives a clearer understanding.

Christopher Hood, in his book The Art of the State: Culture, Rhetoric, and Public Management (2000) contend that the idea of ‘modernisation’ can be ambiguous when applied to public management. Firstly, ‘modernisation’ suggests a clear cut movement can be identified away from the outmoded traditional ways of organising and conducting public business towards up-to-date, state of the art methods and styles. Secondly, the motif of modernisation under NPM contained within it the intimation that public sector reforms designed are not only unavoidable and inevitable but also permanent. Thirdly, the thematic advocacy of NPM as equivalent to modernisation insinuates that it will invoke towards convergence; and finally the implication that the changes associated with the implementation of NPM is broadly beneficial and ought to be welcome. However, experience had shown that the four objects are not always true, leading to post NPM movement.

The idea of convergence in public management or administration embodies several powerful illusions. The obvious image conjured is that modernisation and convergence are an inherent aspect of globalisation and thus uniformity. It believes that modernisation of public administration not only induces convergence within the public administrative systems and between public administrative systems in various countries but also convergence between public and private systems. The idea emerges from ‘the fact that Organisation often uses legal and other powers to “coerce” related organisation to adopt their own characteristics and structures; organisation often mimic the processes employed by other more successful one emulating the best practices; and a shared professional cultures induces a normative pressure to conform to a common behavioural mode’. The second attribute of the notion of convergence reside in its self-fulfilling prophetical character and proponents of Darwinism economics believes that economies will follow the same pattern of the most successful ones. Convergence, therefore follow that run-with-the-herd attitude.

The perceived advantages of NPM are so attractive that different economies like India and China have adopted partly with success. India forced by the balance of payment crisis in 1991 and China by Deng seeing the American advantage in 1979 and following the Chinese adage “it doesn’t matter whether a cat is black or white, if it catches mice, it is a good cat”. The CCP in China is no longer the communist of Mao; they are capitalist in economy though the political system continues to be communism albeit with many changes.

In the context of Manipur, without the philosophical understanding and the forces propelling towards change, there is no systematic effort towards change for better administration and status quo approach continues. People talk about convergence now and then but no effort was made to bring about a positive change. Decision making is still a slow process and most of the decisions were based not on facts but on perception; rendering wastage of public resources with minimal achievement. In fact, hardly any study was conducted to find out the options available before a decision is made; and decisions are based on experience of those handling it and new situations were dealt with old tools. Out of the box solution, despite saying repeatedly, just don’t exist.

In Manipur with the passage of time different departments were established, like PWD giving rise to Power, PHED, IFCD, and MI. Other departments also follow the same pattern. All these departments have specified responsibility and set of skills. However, life is not so compartmentalised. Many activities of the government require convergence of more than one department to work together towards achieving the set goal. But unfortunately, it never happened. The State Sports Policy was handled by one department that is the Youth Affairs and Sports and it is fairly successful as seen by the performance of the state in games and sports. However, the State Youth Policy though notified was not implemented as it encompasses many Departments. And none want to take the responsibility to ensure its proper implementation and no Department is willing to cede what they believe is their domain, though the domain may be overarching covering more than a department.

Not to speak about implementation of specific projects encompassing various departments, even the work of one department is hampered by another. As an example, the locality of this writer was bereft of power on three different days in June and July for period of about 8-10 hours. On enquiry, it was informed that a JCB executing some work of another department had cut the underground cable and the repairing took a long time. Once is a mistake but why can’t the department which is executing the work informs the MSPDCL so that the work is carried out under the supervision of the two departments to avoid damage to the installations. Or are the works being carried out by contractors without any supervision? Those destroying public property must be prosecuted under the Prevention of Damage to Public Property Act, 1984 and if some exemplary punishment is given, people will be cautious in damaging public property. In fact, police should register cases against those who under DUI damage road median, poles etc and heavy pecuniary penalty awarded which will not only cover the cost of repair the damage but yield revenue to the state.

NPM is laid on the foundation of accountability and transparency but in Manipur despite the RTI Act 2005, every efforts were made not to provide information, even to the extent of filing appeal before the High Court against orders of the SIC to furnish the information. The intent is to make it as difficult as possible in accessing information to discourage from filing RTI application As regards accountability, there is none. Has anybody heard major penalty given to senior officials and political masters? The latest example is the artificial scarcity of urea, which could be addressed in a few days. But it was allowed to linger. RTI Act was to ensure accountability and transparency. Unfortunately, Manipur prefers the old way of doing things under the cloak of the Officials Secrecy Act, 1923 trying to follow the colonial laws than the new laws for better administration. In fact, to enable the reflection of the true financial position of a nation, some Scandinavian countries have resorted to accrual accounting system.

The world is changing fast and if Manipur do not join the movement in the administration reforms it would be left out as a straggler and there will be none to help it. GoI can only help when there is a will and intent. It will be a failed state and to avoid such consequences, the time to think and plan for administrative reforms must be put in place early rather than late. If not, the only option ultimately may be promulgation of financial emergency under Article 360. Beyond being a failed state, it may be a ‘lost civilisation’.

The impact of NPM differs from country to country but there are inherent benefits which may not be permanent and the art is to adopt measures with time. There cannot be permanent good or bad system, a system good at one time may become outdated while one which was regarded as bad may be suitable at a period. Government of Manipur should have a think tank to usher in reforms in public management. The political leaders and officials however, must have ethical behaviour as they manage public resources and there are five components to it which are - serving public interest; personal integrity; respecting law; forming an ethical organisation; and professional excellence. But here is this asking for the moon?