The associations protested against the state government for failure to meet their demands before the given dateline. 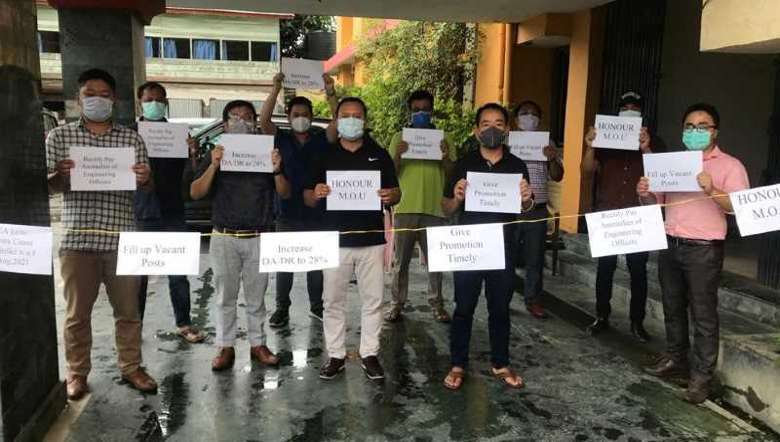 The Manipur Secretariat employees' associations on Tuesday launched a cease work strike as the state government has crossed the deadline in fulfilling the demands made.

The memorandum was submitted as an ultimatum to fulfil the charter of demands mentioned in the MoU signed on April 21 and its zero outcomes. They have been waiting for a good result out of it for the last three months, however, no development has occurred till date, said the association.

The memorandum also mentioned some of the list of charter of demands that included equal pay for all secretariat assistants; 3-tier system in pay scales of drivers; filling up of all promotional vacancies; payment of dearness allowance (DA) 28 per cent; grade pay rectification in respect of ASO, SO and private secretaries etc and re-designation of group-D employees.

MSSA general secretary Purujit Lairikyengbam said that the associations were told to hold a meeting with the Manipur Government Services’ Federation (MGSF) and the Manipur State Pensioners’ Union (MSPU) in May second week this year but it was not done so.

He further said that employees under the umbrella of MSSA attended their departments normally but no office work was carried out. The association is disappointed in the government for not converting it into action after the MoU was signed.