A team of JCCWB took an inspection drive at the sites where excavation works are usually conducted such as Waithou Leepokpi Kachin and Thoubal Mojing. 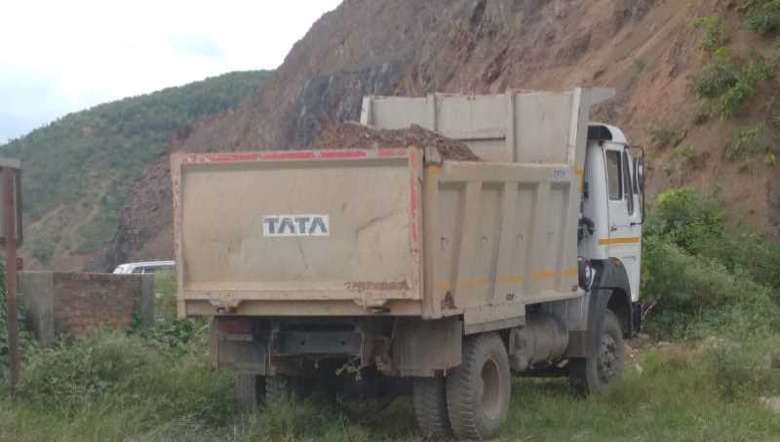 Two tipper trucks (Tata tipper) that were found carrying soil excavated from hills were seized by a team of Joint Coordination Committee On Wildlife and Biodiversity (JCCWB) Manipur and staff of range forest office Thoubal on Monday.

As per sources, the JCCWB team conducted an inspection drive at the sites where excavation works were usually conducted such as Waithou Leepokpi Kachin and Thoubal Mojing.

On learning that four JCB vehicles were being deployed at different sites to carry out excavation, range forest office Thoubal was alerted immediately, sources said.

The joint team of Forest and JCCWB seized the two tipper trucks bearing registration No 01AA 1772 and MN04P 0768. When they arrived at the excavation sites, they found that the JCB vehicles and other trucks had fled and left the spots.

The seized vehicles were handed over to the Range Forest Office, Thoubal.

JCCWB said that such people continue to carry out illegal activities and appealed to the Forest department to announce excavation as an offence.