The total shutdown was imposed across Manipur from 1 am till 6:30 pm on Sunday boycotting 75th Independence Day celebration in Manipur. 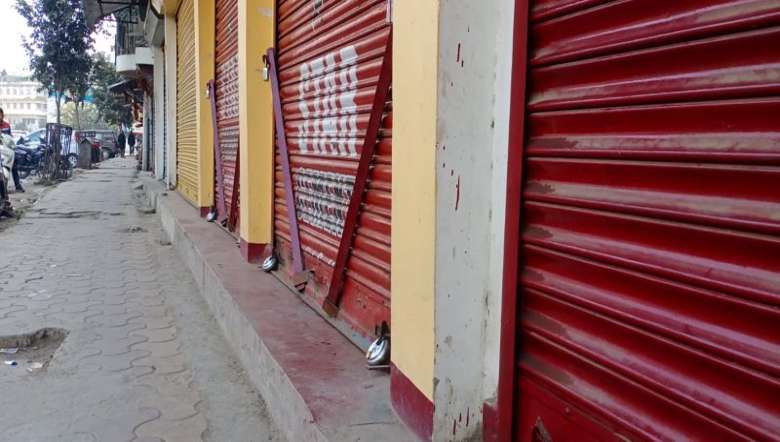 No unwanted incident occurred during the total shutdown imposed by the proscribed umbrella organisation Coordination Committee (CorCom) and was ended peacefully, however, security was beefed up on the streets and Imphal city areas.

The total shutdown was imposed across Manipur from 1 am till 6:30 pm on Sunday boycotting 75th Independence Day celebration in Manipur.

During the total shutdown, no oil pump was opened and the least number of vehicles was seen on roads. Most of the shops in market areas including streets were also closed, however, security personnel were seen conducting frisking and checking.

As this year’s Indian Independence Day falls on Sunday, there was not much impact on government employees in connection with the total shut down.

After 6:30 pm on Sunday, some of the shops were seen opening at Keishampat Junction and other places of the Imphal area.