The chief justice stressed on the need to educate the prisoners not only about their rights but also to help them in improving their overall living conditions. 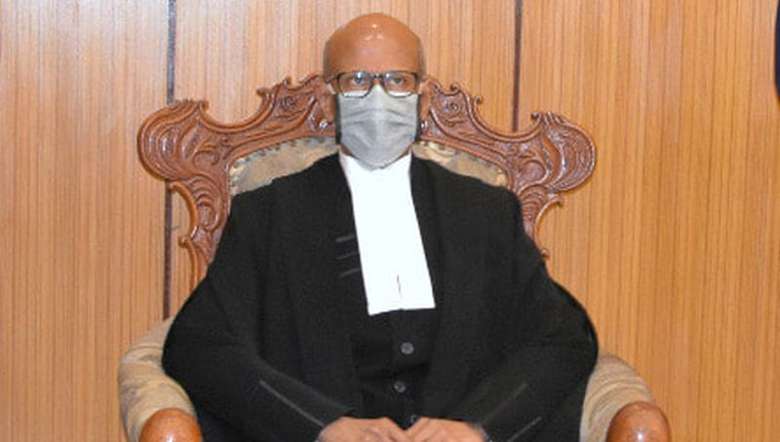 Manipur High Court Chief Justice PV Sanjay Kumar Monday said it is unfortunate that prisoners are often looked down and treated as lesser human beings, and stressed on the need to educate them not only about their rights but also to help them in improving their overall living conditions.

He was speaking at the e-inauguration programme of an online jail legal aid clinic on August 15. He highlighted that the opening of the legal aid clinic is part of the campaign for enhancing effective legal aid and services for prisoners initiated by the Manipur State Legal Services Authority (MASLSA). He further said that the campaign will effectively enable all the stakeholders in providing the most effective services to the prisoners.

Executive chairman, MASLSA Justice Kh Nobin Singh said that the idea of the online legal aid clinics is to make sure that the prisoners are able to exercise their fundamental rights during this pandemic.

He further said that there are already two Legal Aid Clinics; one in each of the two jails of Manipur. But due to the pandemic, they were not able to function properly in physical mode. Hence, the initiative for opening online Legal Aid Clinics has been taken up to ensure that the prisoners ensured effective and competent legal aid, he added.

DG (Prisons) Manipur P Doungel said that the Jail Legal Aid Clinics were operational from before and PLVs of the Jail Legal Aid Clinics are instrumental in providing effective legal aid and services. However, due to the pandemic, their visits to the jail have been interrupted and restricted to any emergency visits or support needed by the prisoners, he said. As per the amended protocols, the inmates were allowed to interact with PLVs of the Legal Aid Clinics, their family members or their lawyers through telephonic conversation and other virtual modes, he added.

Member secretary, MASLSA Ojesh Mutum said that the opening of such online legal aid clinics will not only rejuvenate the entire legal services provided at the jails, but also ensure that the rights of the prisoners are effectively secured during these troubled times.

The programme was then followed by a live interaction between the inmates of the jails with the learned PLVs of the Jail Legal Aid Clinics.