The Meghalaya government has imposed curfew in Shillong following incidents of violence that took place on Independence Day., 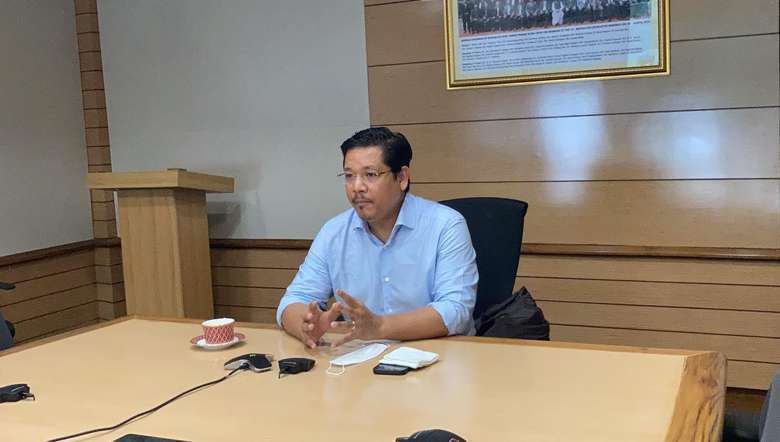 Petrol bombs were hurled at Meghalaya Chief Minister Conrad K Sangma’s house late Sunday, while a two-day curfew has been imposed in the state capital Shillong following unrest in the state over the death of a former militant, sources said.

The bomb attack took place when unidentified miscreants lobbed two bombs at Sangma’s residence at Third Mile in Upper Shillong around 10.15. However, no one was injured, the police said, adding that the guards on duty doused the fire immediately.

Meanwhile, curfew has been imposed in Shillong and mobile internet services banned in at least four districts, following incidents of violence that marked the Independence Day in and around the capital, the sources added.

Violence rocked Shillong over the death of a former militant, allegedly shot by the police on August 13 during a raid at his house in connection with a series of IED blasts in the state.

Amid the violence, state Home Minister Lahkmen Rymbui resigned. In his resignation letter, Rymbui urged the chief minister to institute a judicial inquiry into the shooting of Cheristerfield Thangkhiew.

Thangkhiew was a self-styled general secretary of the banned Hynniewtrep National Liberation Council (HNLC). He had surrendered in 2018.

As violence marred Independence Day observation by the Meghalaya government, the chief minister in his address to the people in the state called upon the people to work unitedly in "peace and brotherhood".

"Let us work unitedly in peace & brotherhood, keeping our nation first, just like our freedom fighters before us," the chief minister tweeted.

Meghalaya has been witnessing unrest recently. The attack on the CM's house on Sunday is a second bomb incident in recent past. On August 11, an improvised explosive device (IED) exploded near a tea shop at a busy Laitumkhrah market in Shillong around 1.30 pm that left two persons injured.

Sangma had then assured to take stern action against the people who were behind the blast.