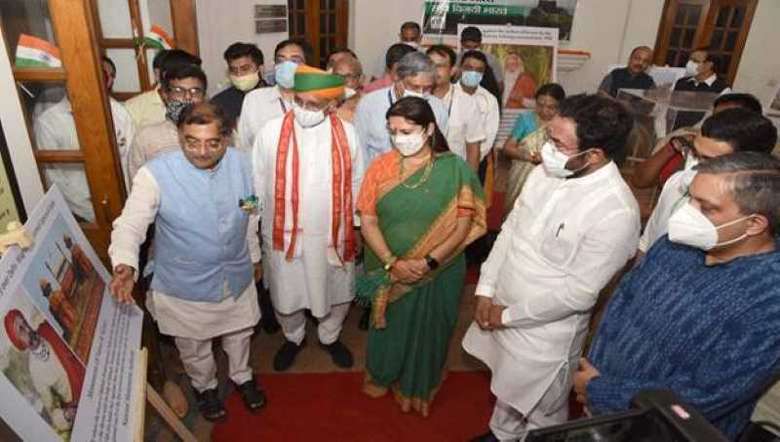 Gross misrepresentations in the nation’s history will be corrected, Union Minister of Culture, Tourism, and Development of North Eastern Region (DoNER) G Kishan Reddy said as he inaugurated a Photo Exhibition on ‘Monuments of Victory & Valour ' at National Monuments Authority in New Delhi on Independence Day.

"Our history is replete with stories of valour and bravery that have either not seen the light of the day or have been grossly misrepresented by colonial thinking. These gross misrepresentations in our nation’s history will be corrected," the minister said.

Reddy said that the government via various institutions is working towards bringing out real history of the country before the public and this exhibition is a step towards that goal.

The minister also said, “While large parts of India was celebrating Independence Day in 15th August 1947, the Nizam region had to wait another 1 year, 1 month and 1 day till September 17, 1948 when it was liberated by Sardar Patel”.

“The Nizam’sRazakar Army went about looting villages and molesting women and shot at people who tried to hoist the national flag, but this story has been suppressed and is hardly spoken about. These stories will also be brought to light now,” he added.

Reddy emphasized on the importance of telling the youth of the country about such events of history.

“The youth should be aware of the sacrifices made by people in the course of history,” he said.

Throwing light on the importance of preserving the monuments, Meghwal pointed to the preservation efforts needed for a victory tower in Chittorgarh. He also highlighted the importance of showcasing the events of history in right manner in history books and newspapers and asked institutions involved to take note of it. Remembering the courage and valour of Maharana Pratap Singh, he said, “The stories of valour should also be highlighted and there needs to be a correction”.