"As a citizen of this nation we should know the right given by the Constitution and we should be dutiful as responsible citizens towards the nation," Thoubal DC Peter said. 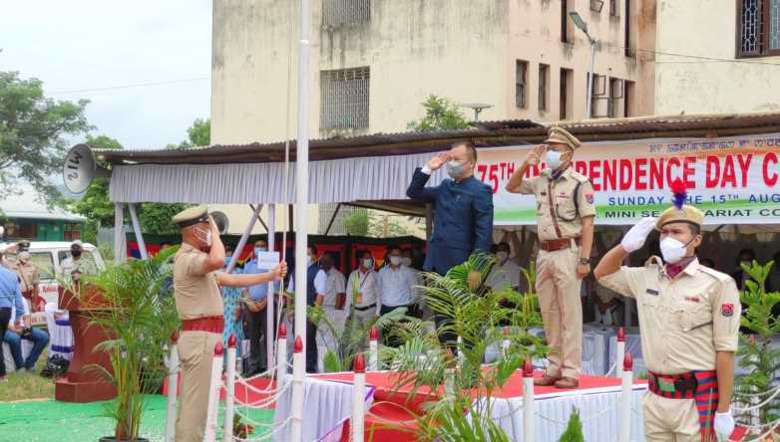 The 75th Independence Day was celebrated at Thoubal district HQ by strictly following the Covid-19 protocol. The function was held at the district Mini Secretariat Complex.

District Deputy Commissioner Rangnamei Rang Peter unfurled the National Flag and took salute of  the parade of Manipur Police and band party of the 16th Assam Rifles. A Khalendro Singh, DSP, Thoubal, was the Parade Commander.

Speaking on the occasion, the deputy commissioner said various welfare schemes have been taken up by the government amid Covid 19 pandemics. About 70 per cent of the total population of the district have been vaccinated so far. “As a citizen of this nation we should know the right given by the Constitution and we should be dutiful as responsible citizens towards the nation,” he said.

Appreciation certificate were distributed to about 120 officials and staffs of various departments and members of Covid task force of the district.

The programme was attended by DLOs of various departments, police and staff of DC office, Thoubal.