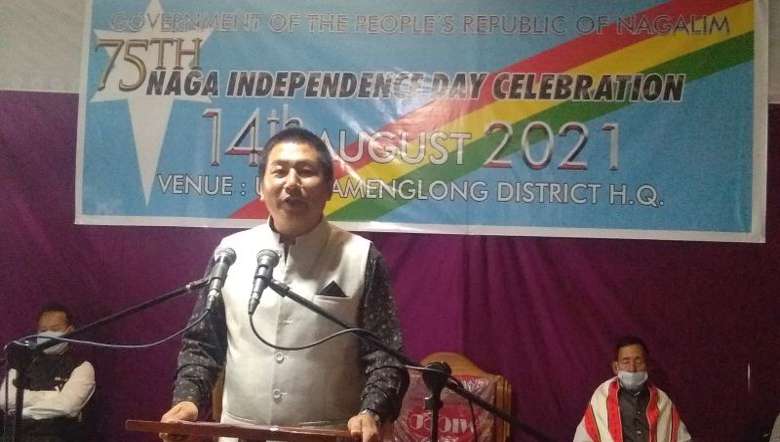 A silent prayer was observed for the departed souls who shed their precious blood for the Naga nation led by Jadonang Brigade Lieutenant Colonel Husimang.

“This historic declaration has impacted and made the rest of the world known that the Nagas were a distinct race having their unique cultural traditions, socio-political and economic features. Unfortunately, though we were liberated on August 14, 1947, the colonial policy of India had suppressed and subjugated our birthright by dividing us with artificial boundaries within the states of India and Myanmar, which is why we are today, still struggling and suffering under the divisive Indian policy,” he said.

He informed that ‘Naga Talks’ was halted since March due to surging of COVID-19 in the country. However, the Centre and NSCN (IM) are planning to resume the talk after August 15 at the Prime Minister’s office.

He said that Naga peace talks are the longest in comparison to other countries in the history and it has reached 24 years.