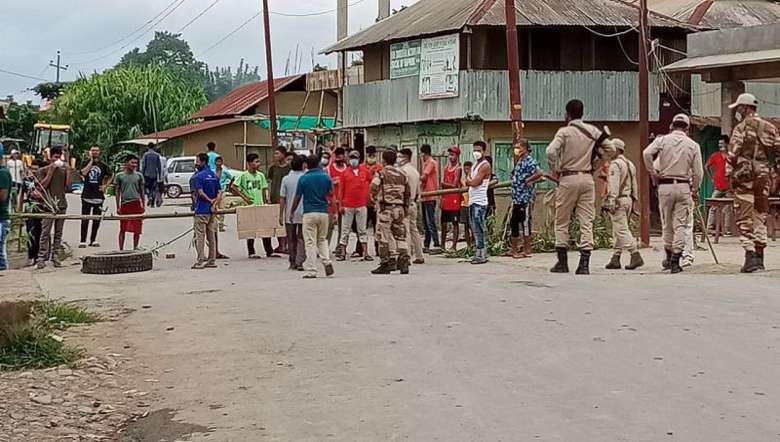 The Moijing Khongok Development Committee Thoubal Moijing in its meeting held Saturday resolved to extend the bandh called against the shifting of Polling Station at 31/1 (A), Moijing Leingoijil in Thoubal assembly constituency till 6 pm on Sunday.

The12-hour bandh called by the committee against the shifting of the polling station affected normal life at the area on Saturday.

During the bandh which came into effect from 6 am, supporters blocked the roadways and burned tyres.

A police team led by additional SP Thoubal Sachidananda Soibam arrived and tried to bring a resolution but the bandh supporters were not ready to come to terms yet and continued to block the roads.

The meeting also resolved that other forms of protests will be launched until their demands are met.