A time has come for the Naga brethren to unite and humbled down before God and pray for fruitful settlement of the long pending Naga political struggle, Tangkhul Naga Wungnao Long president SA Ramnganing said. 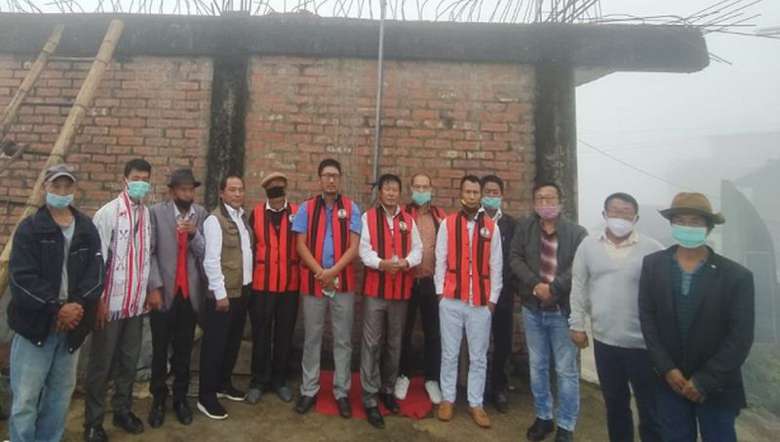 Speaking at the occasion, Tangkhul Naga Wungnao Long president SA Ramnganing, who hoisted the flag, said that Naga Independence Day is celebrated across the Naga inhabited areas by young and old alike.

“A time has come for the Naga brethren to unite and humbled down before God and pray for fruitful settlement of the long pending Naga political struggle,” he said.

He further made a clarion appeal to the Naga people to seek God’s blessing and make the ongoing struggle a fruitful mission through his grace.

According to sources, most of the Tangkhuls have hoisted the Naga flag in their respective villages.

Meanwhile, responding to the notification issued to the village authorities by the deputy commissioners of Ukhrul and Kamjong on August 9, including Senapati and Noney districts to celebrate Indian Independence Day, the NSCN-IM stated that a counter directive was issued on August 1 and instructed that all the concerned Caretakers CAOs and EOs to see that such imposition at the cost of human lives at this juncture is defied and should maintain safety protocol.

The directive issued by NSCN-IM cabinet secretary S Among Lim also instructed all its regional authorities to strictly oppose such anti-activities within Naga jurisdiction.

It may be recalled that the deputy commissioner of Ukhrul has directed headmen under Ukhrul district to hoist the national flag at their respective villages on the occasion of India’s Independence Day celebration.

According to minutes of the meeting chaired by the state chief secretary on August 7, all headmen or village chiefs of all villages have been notified to celebrate India's 75th Independence Day by hoisting the national flag at their respective villages. The notification also urged to follow COVID-19 Appropriate Behaviour. It further requested all the headmen or chiefs to collect the national flag from their concerned sub-divisional officers.