Science Museum set up in Chandel

IBSD stated that the science museum at Japhou will reach out to students to inspire them for a career in science and technology while celebrating the history and future of research and innovation in the country. 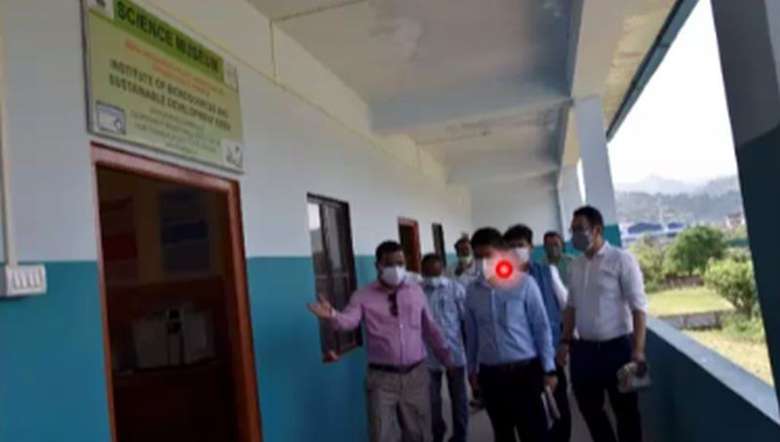 To commemorate the 75 years of Independence and as a part of the occasion of ‘Jan- Bhagidari’, the Institute of Bioresources and Sustainable Development (IBSD) has established a Science Museum in Chandel district, an aspirational district of Manipur, IBSD stated on Wednesday.

The museum has been established at Maha Union Government Higher Secondary School, Japhou, Chandel, Manipur, India, IBSD stated. The main objective of setting up the museum is to develop a scientific attitude and to inculcate general awareness among the students and common people, and also to promote scientific intervention through bio-resources for the benefits of students and common man of the region by demonstrating about instruments, organising lectures, seminars, scientific camps and outreach programme, it stated.

This science museum was inaugurated by secretary to the Government of India, department of Biotechnology Renu Swarup.

IBSD stated that this museum will reach out to students to inspire them for a career in science and technology while celebrating the history and future of research and innovation in the country.

The video display posters and graphical representation of different research findings, global research scenario, bioresources management including sustainable use of medicinal plants have been highlighted at the Museum, it stated. This museum has been established under the guidance of director IBSD professor Pulok K Mukherjee.

This museum will be instrumental in establishing the scientific temperature for the school students, where IBSD will make several outreach activities to promote it in all aspects, which was discussed in today’s programme by secretary DBT Renu Swarup; minister of State for External Affairs and Education RK Ranjan Singh; deputy commissioner, Chandel District Rajkumar Mayanglambam and director, IBSD professor Pulok Kumar Mukherjee, it stated.

The Institute of Bioresources and Sustainable Development (IBSD), Imphal is an autonomous institute under department of Biotechnology, Government of India with the mission on Bioresources development and their sustainable use through biotechnological interventions for the socio- economic growth of the region, it added.