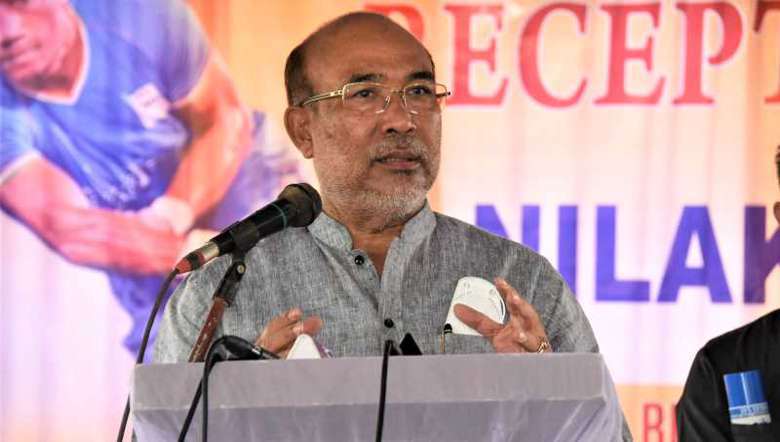 Manipur Chief Minister N Biren Singh said the state cabinet in its recent meeting had created 18 posts reserved for Olympians of the State in Youth Affairs and Sports Department, Government of Manipur.

He also stated that a grand reception ceremony of the State’s Athletes, who participated at the Tokyo Olympics 2020, would be organized at the City Convention Centre this month and added that the respective cash rewards and job appointment orders for the remaining Olympians would be handed over to them on the occasion.

N Biren Singh maintained that the state Government is committed towards developing games and sports for its role in instilling good discipline and manners among the youths.

As the Government is putting in much effort to end the drug menace from the state, it is imperative to encourage the youths, make them feel interested in games and sports and divert their minds from getting addicted to intoxicating substances, he added.

Hailing the heroic performances and achievements of the state’s athletes in the recent Tokyo Olympics, he stated that the young and talented Olympians would be a source of inspiration and motivation among the youths of the State. He was also hopeful that the expertise of the Olympians would be an important input in training the younger generations.