The politics of fertiliser in Manipur

IFP Editorial: Now that MLAs and aspiring candidates are competing with each other in buying up chemical fertilisers and distribution, there is an urgent need to de-politicise fertiliser distribution which should involve the district administration and district level agriculture officers. 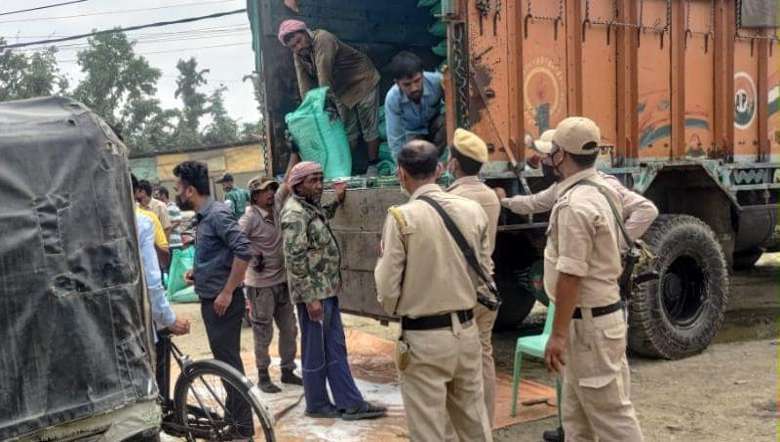 It is true, it is not practically possible for subsidised fertiliser to reach every farmer in just a few days. But, the sincerity and effort of the state agriculture department should be visible enough to be appreciated.

Every day, one hears farmers complaining about the scarcity of fertiliser or of the way they had to wait in long queues at the district headquarters not knowing whether they will get their share.

This season, farmers have suffered enough due to Covid restrictions affecting agricultural activities.

In a world where climate change is slowly taking control, the farmers are often left at the mercy of erratic weather and unpredictable seasonal rains. Add to that, the government’s apathy or say indifference towards the plight of the farmers during the season.

Also Read: With change in rainfall pattern, farmers in Manipur are a distressed lot

The season for planting of seeds and transplanting paddy had begun some time ago, but still there is not enough rains to soak the fields and add to that the scarcity of fertilisers, where the farmers had to run from pillar to post looking for fertilisers.

The month of June had always been the ideal time for starting agriculture activities with the onset of monsoon and now it is August. So far, the monsoon has been erratic. Add to that the problem of cash shortage among the farmers and rising prices of paddy seeds and fertilisers.

Let us try to understand the woes faced by the farmers in this poor state of ours, in recent times not necessarily caused by the pandemic and its restrictions.

There is always the problem of cash shortage or lack of capital for beginning farming activities. While the price of Meitei Cheng or local rice has plummeted to an all-time low, there are still few takers for the surplus paddy stock and grocery shops are no longer stocking Meitei Cheng as there is simply no demand.

Manipur farmers are mostly poverty stricken and indebted. So, they depend on investments from the urban people in the form of ‘Phoudamshel’ and the landowners. They still have to give the pledged number of Phoubots (80 Kgs) to the investors or the landowners, while they struggle with whatever is left of the harvest. Their entire sustenance depends on that.

A regular farmer feeds his family, pays the fees for his children and other essential expenses with the income from the harvest. And they suffer when the price of paddy plummets.

In a word, agriculture in the state is still practicing at a subsistence level as a means of survival for the poor and landless farmer. And imagine, the frustration of the poor farmer when he had to wait for long hours in queue when he should be toiling in the fields.

We all know, some MLAs and powerful politicians are stockpiling fertilisers for distribution among his constituents and this is an important factor for the scarcity of fertilisers at a time when it is most needed.

The recent move by state government to entrust deputy commissioners with the task of availing fertilisers to farmers and at centres other than the district headquarters is a good move.

Now that MLAs and aspiring candidates are competing with each other in buying up chemical fertilisers and distribution, there is an urgent need to de-politicise fertiliser distribution which should involve the district administration and district level agriculture officers.

We all have to remember that, agriculture is the mainstay of our economy and it had been since times immemorial.