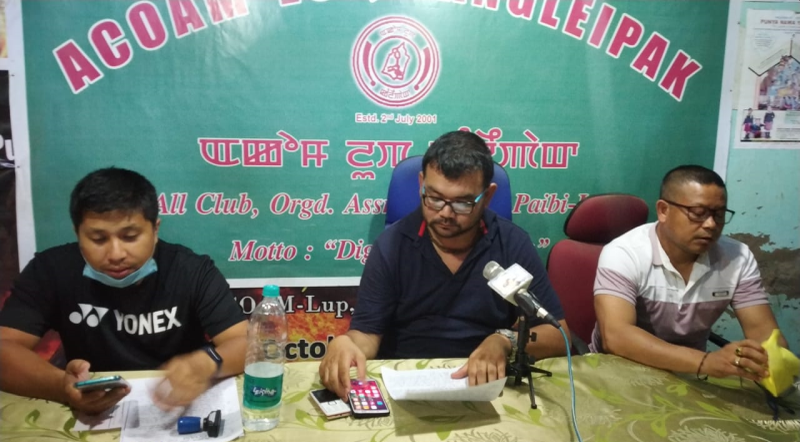 In reaction to the reports that Uttar Pradesh is all set to export a variety of black rice grown in the state to Australia and New Zealand, the All Clubs Organisations and Meira Paibis Lup (ACOAM Lup) has drawn the attention of the state government to formulate a cash crop policy of Manipur at the earliest.

Speaking to the media at its office Lamphelpat on Sunday, secretary general of ACOAM Lup Santa Mangang said that other varieties of black rice cultivated in other states can dominate the market easily since Manipur does not have a marketing strategy for Chakhao till date.

The black rice from other states may also look like the nutritional Chakhao of Manipur and people may not be aware of it. He said that the facts cannot be confirmed whether the black rice of Uttar Pradesh is similar to Chakhao because they do not use the same name of the rice.

However, it is the duty and responsibility of the Consortium of Producers of Chakhao( Black Rice Manipur to conduct a fact check regarding the matter, he asserted. If the rice grown in Uttarpradesh is the same as that of Manipur Chakhao, they can write a letter to the UP state government to stop exporting the rice, Santa said.

He informed that there are different varieties of black rice in the world and Manipur itself has around 15 varieties, of which Chakhao is considered to have more nutritional value. Though Manipur owns the GI tag of Chakhao, there is no marketing and export strategy till date, said Santa.