The Athletics Federation of India to hold javelin throwing competitions every year on August 7. 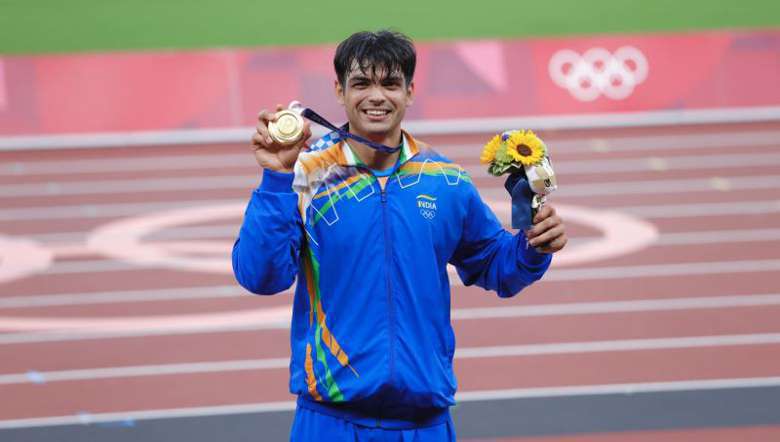 The Athletics Federation of India (AFI) on Tuesday decided to celebrate August 7 as 'National Javelin Day' to honour Neeraj Chopra’s historic gold at the Tokyo Olympics 2020.

The 23-year-old Indian athlete became the first Indian to win gold ever and India's second ever individual Olympic gold medalist after shooter Abhinav Bindra, who bagged gold in Beijing 2008, on Saturday when he clinched the gold in javelin throw with his best throw of 87.58m.

Bhanot made the remarks during a felicitation programme organised for the athletes, including Neeraj Chopra.

To commemorate the day, the AFI also announced that it will hold javelin throwing competitions every year on August 7.

Bhanot said, "Athletics Federation of India's planning committee has decided to further promote javelin throwing and will hold competitions every year throughout the country on August 7 as Neeraj Chopra won the gold in Tokyo on this day."

Born on December 24, 1997, Neeraj Chopra hails from Khandra village in Panipat, Haryana. Trained at SAI NSNIS Patiala, Chopra grew up to become India’s first ever javelin thrower to win a gold medal at the 2018 Commonwealth Games and 2018 Asian Games.