IFP Editorial: Why is the Manipur government is still retaining the services of Dr Rajo, a spent force, as the Director of Health Services. The state needs to spelt out the reasons for retaining him in such a grave situation as the pandemic. 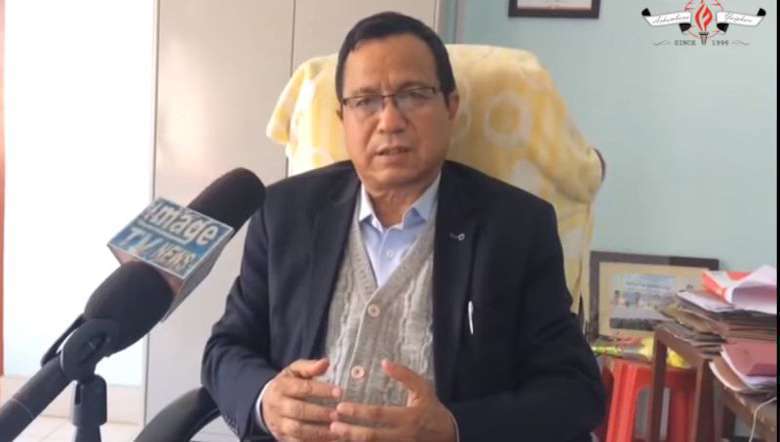 The deputation of central teams from the Union Health Ministry is in itself a sharp rebuke of the way the state government if handling the fight against the Covid-19 pandemic. Last time, it was a monitoring visit. But, this time the Centre has taken a serious view of the matter and sent a central team with instructions to remain stationed in Imphal to directly monitor the situation. And yet, the state government is still to wake up to the gravity of the situation. Although, the number of daily infections has come down from 1000+ to 600-700 cases the percentage as against the number of people tested still remains above 10 percent. Well, daytime curfew in districts including Imphal West and Imphal East had been lifted while night-time curfew still remains. The 10-day total curfew extended further by a week was imposed in the whole state of Manipur in an effort to break the chain of transmission and contain the unabated second wave of the COVID-19 pandemic. The state witnessed peaceful response as all establishments and markets remained closed and normal life was brought to a complete halt. The streets in all districts wore a deserted look as all shops and establishments remained closed and vehicles kept away from the streets. Before the curfew, Manipur has been witnessing daily surge of Covid-19 cases above the 1000-mark daily. The total number of Covid-19 confirmed cases had crossed the 1,00,000. We had hoped that, the total curfew except for a few relaxations would bear fruit.

This time, the civil society organisations and local clubs seems supportive of the state government move to impose total curfew and we see local clubs collaborating with the law enforcing agencies in imposing the curfew restrictions. On the other hand, the opposition Congress seems to be questioning the wisdom of imposing total curfew towards controlling the spread of the pandemic while remaining silent on any other alternative other than curfew. We agree that, it is wrong of the state not to take into confidence the opposition in the consultation process of combatting the pandemic. But, it should not become a cause of criticising the government move for the sake of criticism and it should act as a responsible opposition. The total curfew was intended to break the chain of transmission and clearly, we are not getting the desired result. How do one explain this?

Earlier the Health Director Dr K Rajo explained that, there is no cause for alarm as the surge in positive numbers is due to aggressive house-to-house testing which have successfully resulted in flushing out the hidden positives. If there is no cause for panic among the general public about the surge as Dr Rajo says, where was the need for imposing total curfew. If curfew was the real solution, why is it not having the desired effect? Maybe, the state officials failed to see the real cause of the unrelenting surge in Covid-19 figures. Now, we earnestly feel there is a need to review the workings of the State Covid-19 Common Control Room. As the nerve centre of the state’s response to the pandemic it should be monitoring the pandemic in a scientific way, not just counting the numbers, but the scientific explanation behind the numbers. The most basic explanation of the pandemic at this phase is that, the state health administration has failed to rise up to the occasion. The Chief Secretary Dr Rajesh Kumar himself is a health professional and a victim of Covid-19 in the first phase and we are still in the dark as to why he has failed to see the gaps in the health administration. Question is why the state government is still retaining the services of Dr Rajo, a spent force, as the Director of Health Services. The state needs to spelt out the reasons for retaining him in such a grave situation as the pandemic.