World’s indigenous people and growing threats to forest and wildlife

International Day of World’s Indigenous People 2021: Given the inextricable bond of indigenous peoples to the land, any loss of natural resources threatens their identity and impoverishes their communities. 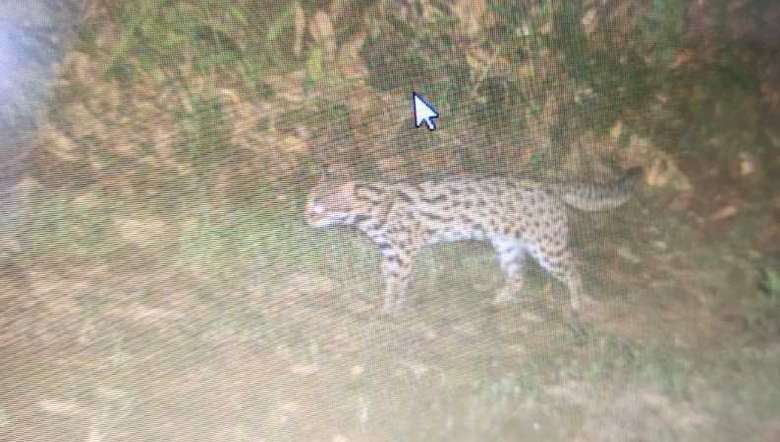 The International Day of World’s Indigenous People is celebrated on the 9th of August every year since 1994. This day is celebrated to strengthen the international cooperation for solving problems faced by the indigenous peoples in areas such as culture, education, health, human rights, the environment, and social and economic development. The indigenous population across the world stays in close contact with nature and they share much on environmental protection. The places they reside in are home to around 80 per cent of the world’s biodiversity. According to the UN, indigenous people occupies 28 per cent of the global land area and make up 500 million which is less than five per cent of the world's population but account for 15 per cent of the poorest.

The theme for 2021 is “Leaving no one behind: Indigenous peoples and the call for a new social contract.” What actually it mean? Many of them continue to face driven from their lands, their cultures and languages denigrated with marginalization, extreme poverty and other human rights violations. Most of them still don’t have proper access to healthcare and they also face food insecurity due to the loss of their lands.

The day also recognizes the contributions made by them to protect the world’s environment. Indigenous people in India are also called Scheduled Tribes. Scheduled Tribes are considered to be socially and economically least advanced and they depend on their land for their livelihood. However, all tribal peoples are not indigenous to the areas where they live now.

According to UNESCO, the indigenous population represents most of the world’s cultural diversity.  They speak an overwhelming majority of the world’s estimated 7,000 languages and represent 5,000 different cultures.

The COVID-19 has exposed and exacerbated many existing inequalities, disproportionately affecting the world populations that were already suffering from poverty, illness, discrimination, institutional instability or financial insecurity. From the perspective of indigenous peoples, the contrast is even starker.

Many indigenous peoples are giving up their traditional lifestyle and taking up farming and cattle ranching in the forest areas causing irreparable damage. Such people, formerly the protectors of forests, are gradually becoming threats to the forests and wildlife. In 2020, India lost 1,32,000 ha. of natural forests which is equivalent to 67.3 million tons of CO2 emissions.

Environmental health comprises of those aspects of human health, including quality of life, that are determined by physical, chemical, biological, social, and psychosocial factors in the environment. It also refers to the theory and practice of assessing the environmental factors that affect the health of present and future generations. In addition, environmental protection that cannot be excluded when it comes to indigenous peoples issues.

Environmental protection pertains to protecting the combination of external conditions which affect the life, growth, development, and survival of an organism or group of organism which includesair and water quality; biodiversity; ecological dynamics; environmental effects; environmental monitoring; hazardous substances and exposures; land use; pollution; resource management; and waste treatments etc.

Traditional uses of plant species and regular consumption of “wild” foods for indigenous peoples have significantly been affected due to the exposure to chemical and biological contaminants. This in turn has affected the traditional lifestyles and food habits of these peoples.

Indigenous peoples have an important role to play in realizing the ambitious goals in combatting the climate change. Their traditional knowledge, which cuts across the numerous aspects of sustainability and resilience, has increasingly gained the recognition at the international level as a vital way forward. These traditional knowledge systems, rooted in them is important inshaping a low-carbon economy, traditional occupationsranging from agriculture to hunting, with the transformations being experienced in societies, economies, institutions, technologies and the climate.

Climate change has emerged as one of the defining challenges confronting the world today. In this regard, indigenous peoples are uniquely at risk of being placed at the forefront of the direct impacts from both climate change and climate-related mitigation and adaptation actions, despite being among those who have contributed the least to climate change.

The gender inequality, a key factor in the deprivation is suffered by the indigenous women and many indigenous communities continue to face exclusion from decision-making processes, often lacking recognition and institutional support. This limits their access to remedies, increases their vulnerability to climate change, undermines their ability to mitigate and adapt to climate change, and consequently poses a threat to their rights.

Indigenous peoples have high accuracy of the biophysical animate and inanimate of the human senses, as well as “spirits” which helps in forecasting weather patterns including the plants and animals of their surroundings.

Thus, with the coming of the International Day of World’s Indigenous Peoples, we all nations should take the vital part to protect the traditional rights and occupations of the indigenous peoples for the sake of our environment and the future generations.