In this column, the author dwells on the issues of booster doses, approval of the fifth vaccine, vaccines in the pipeline, and the scenario for children's vaccines in India 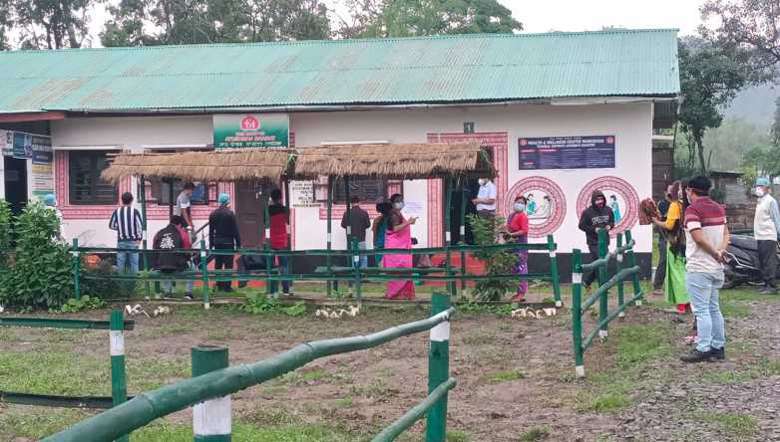 The world is now facing a Hamlet-like conundrum: Whether to administer an extra dose of COVID-19 vaccine (third shot for most currently used vaccines). The world is now split by a steep wall of vaccine inequity between the rich and poor nations. Many high-income countries have now got more than 50 per cent of their populations vaccinated with at least a single dose, while several low-income countries have got less than 10 per cent (two per cent in many African countries) at least singly jabbed.

In this unsavoury situation, many first world nations have started or are planning to soon start giving booster vaccine (third shot) to its citizens. According to many experts, this strategy may backfire, as COVID will surge in large unvaccinated regions of the world, where dangerous new coronavirus variants may soon emerge (Nature news, July 30, 2021). As per this report by Amy Maxmen, each booster represents a vaccine dose that could instead go to low and middle-income countries where most citizens have no protection at all.

The WHO has recommended against booster shots, suggesting that those extra doses could be given to unvaccinated populations in middle- and low-income countries. Nonetheless, many rich countries have gone ahead with plans for using booster vaccines.

According to Dr Jay Butler of CDC USA, detailed studies are needed to evaluate the safety of third doses especially in elderly people and immunocompromised patients (WebMD, July 14, 2021).

India still has no official plan for offering a third dose, though many experts opine that booster shots may soon become necessary. According to Dr Randeep Guleria, AIIMS Chief, a booster dose may be needed as the immunity from the initial shots wane over time. He recommends a 2nd-generation vaccine as the booster shot as it would be better in terms of immunity and efficacy against new SARS-CoV-2 variants (Free Press Journal, Aug. 3, 2021).

Who needs a booster shot?

Let's note that booster shots are for the fully-vaccinated people. The important question is: would all fully-vaccinated people need to take the booster doses? There are no clear-cut answers. However, experts have come up with certain helpful guidelines. First, booster vaccines are especially helpful for the elderly and immunocompromised people, whose bodies are unable to trigger a robust immune response against the virus after the first two jabs (The Indian Express, August 7, 2021). On the other hand, if vaccine-resistant variants emerge, there may arise a more widespread need for 'tweaked' booster vaccines. We must remember that the WHO strongly recommends against booster shots as of now. The US CDC and FDA have declared that people who have been fully vaccinated don't need a booster shot at this time. However, the status of booster vaccines would continually change as the infection and variant scenario unfolds across the globe.

There is also the paramount need for distributing vaccines equitably across the world and slowing down the spread of infections. Nahid Bhadelia of Boston University, USA, and other biologists warn that countries with low vaccine coverage may become breeding grounds for dangerous new coronavirus variants.  KFF, a think-tank based in California, says that low-income countries won't achieve substantial levels of protection until at least 2023, at current vaccination rates. The pace of vaccination in such countries need to be scaled up 19-fold to inoculate 40 per cent of those nation's populations by the end of 2021 (Nature news, July 30, 2021). Opinion is divided on the need for booster shots at this point of time. On the other hand, Dr Dvir Aran of Technion, Israel opines that despite the lack of evidence in favour of offering boosters now, policymakers may err on the side of caution and begin offering boosters to at-risk groups in the coming weeks. He says "The risk is low, the advantage is high" (Nature, Aug. 5, 2021).

After CoviShield, Covaxin, Sputnik V, and Moderna vaccines, India has recently granted emergency use approval (EUA) for its 5th vaccine. What's this newest vaccine? it's the single dose vaccine designed by the pharma giant, Johnson and Johnson (J&J or JNJ). The Union Health Minister has made the announcement on August 7 (DNA India 2021). This is a major step towards ramping up vaccine availability in the country to help end the long-drawn-out pandemic.

What's so special about the JNJ vaccine?

First, it's a single-dose vaccine unlike CoviShield, Covaxin, Sputnik V, and Moderna vaccines which are all 2-dose vaccines. Second, it doesn't require the extreme refrigeration requirements needed for Pfizer and Moderna vaccines. Third, it could be much cheaper on a per-dose basis compared to the other vaccines. Fourth, total vaccination cost would be much lower as J&J vaccine needs just a single shot. Fifth, as a single dose vaccine, it would be much more convenient to be used for 'hesitant' people and much more easier to roll out among the eligible populations.

The vaccine has been tested in about 44,000 people in the US, South Africa, and Latin America. Protection against moderate to severe disease starts about 2 weeks after vaccination. By 4 weeks after the JNJ shot, data obtained from clinical trials indicated that there were no hospitalizations or deaths. This vaccine uses a more robust platform. It uses an adenovirus vector that carries the genetic instructions for making the SARS-2 spike protein. Unlike Pfizer and Moderna vaccines which use single-stranded RNA to instruct the infected human cell how to make the spike protein, the J&J vaccine uses double-stranded DNA. DNA is much more stable than RNA and the adenovirus vector's tough protein coat protects the genetic material inside. Because of this, Johnson and Johnson vaccine can be kept refrigerated at 2-80 C for up to 3 months. The vaccine would be distributed in India by Biological E, the Hyderabad-based firm.

As per data released by CDC USA, the vaccine was 66.3 per cent effective in preventing infections, and 85% effective against severe or critical disease. It demonstrated robust protection against hospitalizations or deaths.

Vaccines in the pipeline

In addition, there's the vaccine made by Novavax company (Covovax in India, made by SII). Novavax and Serum Institute of India (SII) has applied for EUA in India, Indonesia, and the Philippines (Business Standard, Aug. 6, 2021).

According to the Union Health Minister, vaccinations for children in India might start as early as August 2021 (The Hindu, July 28, 2021). Pediatric vaccines for children aged 12-18 are in various stages of clinical trials and some would be launched soon.

Bharat Biotech (inactivated virus vaccine) and Zydus Cadila (DNA vaccine) vaccines for children are about to complete trails soon and we may expect them to be launched in the coming weeks. There is still a raging debate about the need for vaccines for kids. Most children, if infected, would have mild infections, and the risks of death are also relatively low. So, many experts including Dr Guleria suggest that primary schools may be opened if the teachers and school staff are fully vaccinated. However, many countries have already launched vaccinations for kids and offering vaccines to children in India would be a major milestone and would help achieve herd immunity in a shorter time.

What measures should Manipur initiate?

For now, Manipur must speed up vaccinations across the state in a big way.

Genomic sequencing of a subset of positive cases and surveillance of the variants including the delta variant: which COVID strains are there in Manipur, where are they, and where are they moving towards.

Strengthening of healthcare infrastructure such as construction of new COVID hospitals.

People in the state must continue to strictly observe non-pharmaceutical interventions such as use of face masks, physical distancing, and hand hygiene and avoidance of crowded places, close contact settings, and closed spaces (with poor ventilation). We must religiously follow the protocol of 'test, track, and treat' for months to come. If possible, public health authorities must take steps to prevent large gatherings such as weddings and death ceremonies, music concerts, and large meetings.