What should you do if your vehicle is stolen... The author attempts to make aware the perils of ‘gullibility and greed’ in the wake of increasing cases of stolen vehicles. 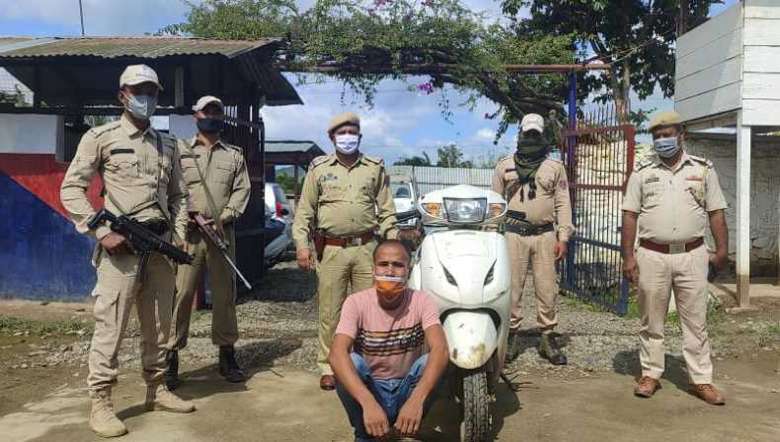 Recently, there were reports of Gurgaon police busting a gang of ‘vehicle-lifters’ from whom leads for 50 odd vehicles were unearthed - some of these stolen vehicles having been sold in Nagaland through what police would call an ‘accomplice’. Obviously, there would be ‘clients’ or prospective or actual buyers in Nagaland who bought the vehicles.This gang and the local accomplice could only be one of the many who are involved in this nefarious ‘organised crime’ and selling stolen or used-cars to ‘gullible’ individuals in Nagaland.Hence, the public needs to be alerted and made aware of the perils of ‘gullibility and greed’.

There is a whole body of laws which defines offences or criminal acts and their punishments. These fall into two broad categories- the Indian Penal Code (IPC) and the Local and Special Laws (L&SLs). In both these categories of legislations, there are definitions of what act or omission would constitute a crime/offenceand also what would be the punishment for the offence committed.

When we go to the police or a magistrate, the first thing the police do is to assess whether an act or a sequence of acts or omissions (legal omissions) would qualify the act/omission to fall within the ambit, scope and definition of a crime, as defined by the IPC or L&SLs. Only once this has been assessed, the police officer looks at aspects like cognizability or bailability, legally speaking. The legal fraternity looks at “essential elements” of a crime to assess criminality. Of course, motive and intention are also important. For some offences, however, motive and intention may not be relevant. In some cases, motive and intent can be inferred from the actions and circumstances.

Besides these offences, there are other kinds of acts of greed which would get covered under “Corruption” or ‘money laundering’ or ‘evasion of taxes’ or money associated with crime, whether this money is ‘instruments of crime’ or ‘proceeds of crime’. This latter category could include things like ‘financing of terrorism/crime’ or money used in drug trafficking or human trafficking or other forms of organised crime.

While instruments of crime need not be ‘greed money’ in the first place, when such money gets missed with proceeds of crime, it tends to mix like milk-with water and becomes almost indistinguishable. In this case such money could be considered as ‘proceeds of crime’ too.

I will examine these issues in detail in due course. However, at this juncture let me only restrict myself to the Stolen Vehicles:

1. What do I do if my vehicle is stolen?

If your vehicle has been stolen, go to the police station – the nearest police station to lodge an FIR. If the nearest Police Station is also the PS having jurisdiction over the area (where the vehicle was stolen from), the PS will lodge an FIR and give you a copy of FIR, free of cost. This FIR copy will have the words FIRST INFORMATION REPORT written at the top. If the nearest PS you go to does not have territorial jurisdiction, still, it CANNOT refuse to register the FIR. It will register a ZERO FIR. In the latter case, it is the duty of the PS where it lodged the Zero FIR to transfer the FIR to the concerned PS and inform you too.

Please ensure that you insist on an FIR and NOT be satisfied with a GD Entry only. A GDE may not, in some cases be sufficient for other matters like insurance.

Ordinarily, in case of vehicle thefts an FIR should be registered.A theft is a cognizable offence.

However, sometimes, the police may not register an FIR but either merely keep your complaint for inquiry or make a GDE or put a stamp on the complaint and return to you.

If the complaint is merely kept or where only a stamp of the PS is put on your complaint, please INSIST on making an entry in GDE and obtain a certified copy of the GDE from the PS.

A mere complaint kept at PS has no meaning or value. The minimum expectation should be a GDE and copy of GDE to the complainant/ public. With this GDE, the complainant can follow -up the matter further with police.

Although an FIR in a theft is MANDATORY, sometimes, the police may want to verify the facts before registering the FIR. This is absolutely acceptable. However, such inquiries cannot be kept pending for prolonged periods. Prudence would dictate that the inquiry should be completed within 24-72 hrs and an FIR registered.Even in such cases, the police should at least – a GDE and give a certified copy of GDE to the complainant.

Even where only a GDE copy is given, the complainant should insist on registration of FIR within 24-72 hrs.

3. What if Police does not register FIR?

If the Police do not register FIR at the PS level, the complainant can approach the concerned SDPO or SP or even the magistrates for issuing directions to the police station to register FIR.

On the part of the police officials at the PS level, non-registration or refusal to register FIRs can be construed as dereliction of duty – a mandatory directive of law to register FIRs in cognizable cases.

4. What happens after FIR?

In short, after FIR is lodged, investigation commences. In fact, the very purpose of an FIR is to help police commence the investigation.

Investigation broadly comprises a series of measures to (i) recover the stolen property (either from an accused or without an accused or even as an abandoned property or from the person who is currently in possession); (ii) trying to catch the wrong doer (criminal); (iii) link the wrong-doer to the crime; (iv) collecting evidence to link the crime to the criminal and help in prosecution.

In the process of investigation measures like questioning the complainant or witnesses, or examination of evidences like CCTVs or tracking through GPS devices installed or vehicles, or sending messages to all nearby police stations or police districts or neighbouring states or comparison of databases or employing informers or sources to collect information or informing the personnel deployed at police check-gates or police ‘nakas’ etc., or makes to intensify checking for stolen vehicles etc.

All these measures are aimed at searching and locating the stolen vehicle and restoring it to the rightful owner.

In cases where suspects/ criminals are known, the police may even track or even intercept phone calls/ conversation after obtaining requisite approvals from Government.

5. What does police do with stolen vehicle report?

Besides the investigation, police take the following actions on the report:

1. Sends a copy of the FIR to magistrate;

2. Gives a copy of the FIR to complainant;

3. PS sends a copy of FIR or summary to the office of the concerned supervisory SDPO or SP;

4. PS or SDPO or SDPO conveys the information to the supervisory DIG/IGP;

5. The information is entered in the CCTNS (Crime & Criminal Tracking Network & System at the PS level;

6. The information may separately be added in the DCRB (District Crime Records Bureau) in the SP office;

7. The information may be added in the SCRB (State Crime Records Bureau) at state level;

8. Information may be conveyed to the RTO at the district and state level;

9. The information may be conveyed separately to the NCRB (National Crime Records Bureau) for updating the NCRB database on stolen vehicles;

10. The information may be shared with the check gates or ‘nakas’ or patrolling parties for ‘LOOK-OUT’ or conducting searches at entry pointsetc;

11. Some states have developed tools like MVCS of Nagaland to help in checking.