Largest facility of its kind in India, the Sardar Patel COVID Care Centre in Delhi became partly operational on Sunday, with 2,000 of its 10,000 beds made available. 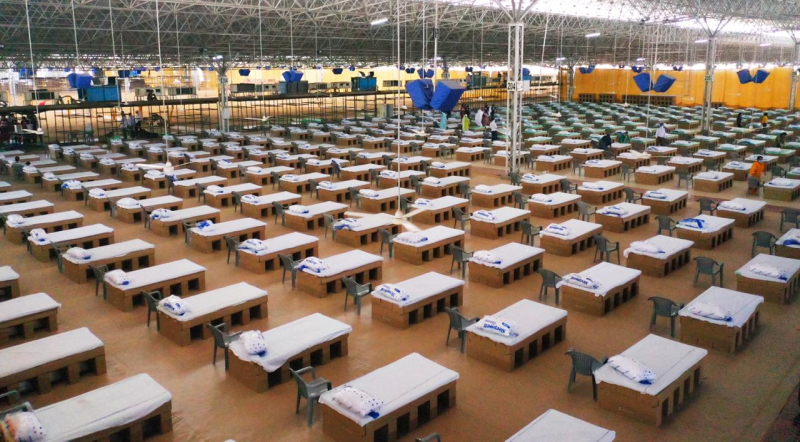 In the wake of highest single day spike in COVID-19 cases reported in the country, India has opened one of the largest COVID hospitals in the world with as many as 10,000 beds capacity to help fight the coronavirus.

Largest facility of its kind in India, the Sardar Patel COVID Care Centre in Delhi became partly operational on Sunday, with 2,000 of its 10,000 beds made available.

According to the Delhi government, the remaining 8,000 beds at the facility, which is located in the Chattarpur area of Delhi, will be in use from Wednesday.

Delhi Chief Minister Arvind Kejriwal had described the facility as being "among the largest hospitals in the world” in his tweet Saturday.

Meanwhile, Home Minister Amit Shah had tweeted that the care facility would provide huge relief to the people of Delhi.

The administration and operations of the facility will be run by the Indo-Tibetan Border Police (ITBP), he had said.

Delhi is among the country's worst-hit city by COVID-19. The Indian capital reported as many as 80,188 positive cases so far.