IFP Editorial: Highway projects are always bogged down by land compensation issues and harassment from militant groups. It is for the state to lay down the rule of law and thwart any issue detrimental to the implementation of projects with an iron hand. 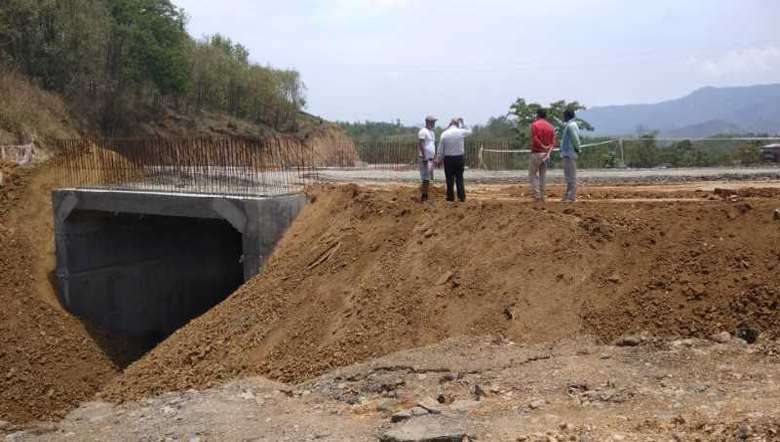 Work for expansion of the Asian Highway is still being held up with the Chiefs of the affected villages in Kangpokpi sector not budging an inch with regard to compensation. Meetings with state government officials and the Chiefs or backdoor channels have failed to break the ice. Earlier, a joint meeting held between the government officials led by the Commissioner (Revenue) including senior police officials and affected residents of the land acquisition for expansion of NH-2 under packages 4B and 5A at Conference Hall, DC Kangpokpi district had failed to bear any fruit.

The demand of the Asian Highway Land Affected Villages Chairmen/Chief's Association (AHLAVCC) - Taphou Kuki-Gamgiphai is that the land required for expansion of Asian Highway be declared as ‘un-surveyed’ meaning the compensation for the affected land should be fixed as demanded by them. Earlier, Chief Minister N Biren Singh had called a meeting of concerned state officials and NHIDCL and instructed them to thrash out the land compensation issue before the working season. A working season had already passed without any work being carried out in the road expansion.

Union Minister for Road Transport and Highways Nitin Gadkari had in his latest visit to the state warned the state government for failing to resolve the problems which had led to unnecessary delay in the implementation of highway projects. He had recently come and inaugurated the Makru Bridge along the National Highway-37. He also laid the foundation stone for 16 National Highway projects in Manipur covering a total length of 298 km with an investment of Rs 4,148 crore. Addressing the inaugural and foundation laying programme held at Imphal, Gadkari said projects worth Rs 5,000 crore have also been sanctioned for the state and the detailed project reports (DPR) will be completed within six months and the work will start in a year’s time.

The expansion of highways in the state will be recommended under the Bharatmala Phase ll Pariyojana, the Union minister had assured. Minister Gadkari tweeted that the new highway projects recommended by the Chief Minister will be sanctioned. Makru bridge is the first of RCC bridges constructed on the Imphal-Jiribam Highway. RCC bridges over Irang and Barak rivers on the highway are under construction and will be ready soon for public traffic, as according to NHIDCL.

While the Chief Minister and his followers are ecstatic with the inauguration of Makru bridge to be followed by Barak and Irang bridges besides a slew of new projects, they were oblivious to the warnings of the Union Minister. Just as the Union Minister said, the implementation part of the highway projects were far from satisfactory and it was mostly because of unresolved issues of land compensation and law and order problems.

Minister Gadkari even questioned the responsibility of the state leadership which had failed to resolve the compensation issue and law and order problems. The entire blame was laid at the feet of the Chief Minister, going by the indirect comments of the Union Minister. He said, there will always be problems but that it has to be resolved by hook or crook so that the highway projects are implemented in time.

Highway projects are always bogged down by land compensation issues and harassment from militant groups. It is for the state to lay down the rule of law and thwart any issue detrimental to the implementation of projects with an iron hand.The basic question is, how can a land which had already been surveyed and notified be declared as un-surveyed? The demand is illogical and outrageous. How long the Chiefs are going to hold the state government and public interest at ransom?

The state government must wake up and assert that it cannot be held at ransom. Perhaps, the time has come for the state to come down with a heavy hand to get the project going or else the funds for highway expansion might be diverted elsewhere. And who will be the loser in such a situation? Manipur public would lose and in the process, the lack of political will on the part of the Chief Minister will always be ridiculed.