All the returnees are workers of IMT Expressway Co Ltd engaged in construction work of Yagyi-Kalewa section (Milepost 40/0 to Milepost 115/5) in Myanmar. 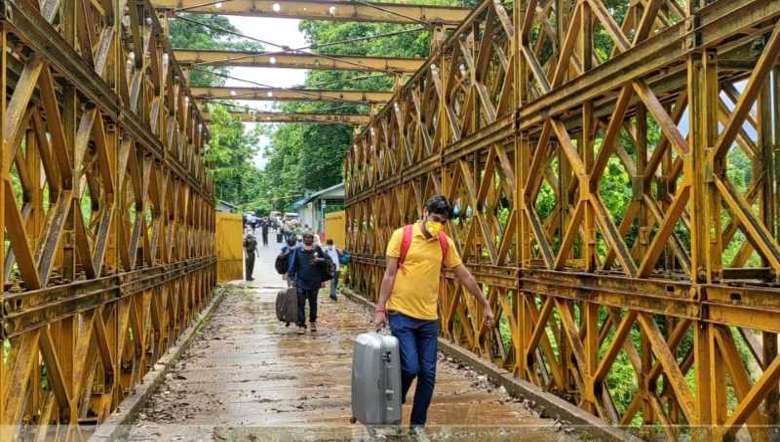 Following the recent political unrest and incidents of violence after the February 1 military coup in Myanmar, 42 Indians who were engaged in construction work in that country have returned to India and reached the border town of Moreh on Thursday.

All of them are workers of IMT Expressway Co Ltd engaged in construction work of Yagyi - Kalewa section (Milepost 40/0 to Milepost 115/5) in Myanmar.

A medical team from Moreh Hospital led by Dr Khwairakpam Pritam and Dr Isak Ali conducted COVID-19 tests of the 42 Indian workers, and one out of the 42 workers tested positive for the virus.

It may be mentioned that the construction workers have returned to India since the atmosphere was not conducive for execution of work anymore due to the political unrest and incidents of violence following the February 1 military coup in Myanmar.

Also Read: 'Dead are piling up outside cemeteries, many Manipuris lost their lives in Myanmar'