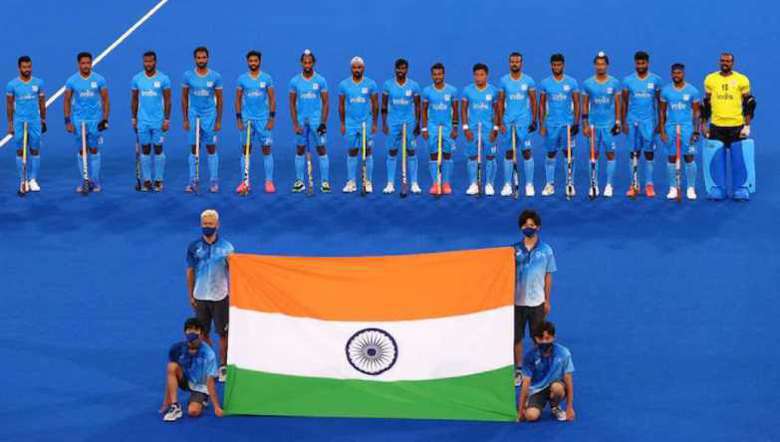 It is the first Olympic medal win of Indian men’s hockey team in the last 41 years which they secured with a 5-4 win over Germany in aninteresting bronze medal match.

The President congratulated the team and tweeted, “Congratulations to our men's hockey team for winning an Olympic Medal in hockey after 41 years. The team showed exceptional skills, resilience & determination to win. This historic victory will start a new era in hockey and will inspire the youth to take up and excel in the sport.”

The prime minister also congratulated the India hockey men’s team for bagging bronze in Tokyo Olympics. Modi tweeted, "Historic! A day that will be etched in the memory of every Indian. Congratulations to our Men’s Hockey Team for bringing home the Bronze. With this feat, they have captured the imagination of the entire nation, especially our youth. India is proud of our Hockey team."

The sports minister tweeted, “A BILLION CHEERS for INDIA!Boys, you’ve done it!We can’t keep calm!Our Men’s Hockey Team dominated and defined their destiny in the Olympic history books today, yet again!We are extremely proud of you!”