The section of Indians who are truly patriotic and concerned for the sanctity of Indian territory are indebted to Rahul Gandhi for his bold questions and sense of responsibility, that too without launching personal attack on the Who's Who of the current dispensation at the Centre! 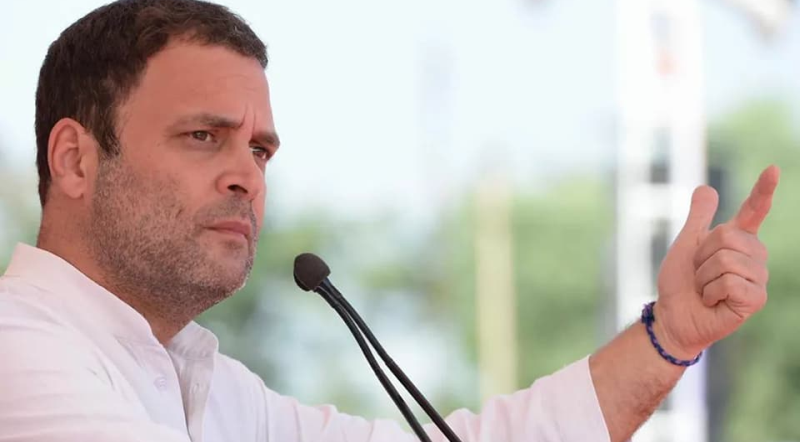 Has Rahul Gandhi supported the fatal attack launched by the Chinese? Has he taunted or blamed the brave jawans of the Indian army? Certainly the answers are "No"! So by virtue of which yardstick can aspersions be cast upon the nationalism of Rahul and try to project a very bad image of him!

Is it a "sin" on the part of Rahul to pose certain very natural and vital questions in this environment when different responsible quarters are offering various angles revolving the Chinese intrusion, often opposed to each other!

Why wouldn't Rahul ask whether intrusions in Indian territory were continuing since months, whether bunkers and other structures had been built by the Chinese in Indian territory! If indeed there had been no intrusion, then what was the fight for which claimed 20 precious Indian lives! In present context, if there is no intrusion, then why negotiations are being taking place in border meetings between two forces! How can posing these simple but crucial questions border on "anti-nationalism"! What Rahul has questioned constantly lingers in the mind of all Indian citizens also who are rational and prefer to think sane!

During the 10-year stint of Congress UPA and Manmohan Singh; any terror attacks in Kashmir Punjab or anywhere from across the international border used to "inspire" leaders of certain outfits to launch barbaric attack against the then Central dispensation with Singh getting personally attacked as "weak PM"! By which logic can  previous verbal attack on Congress-led dispensation revolving pre-2014 terror attacks be termed as "responsible" and "national"; but any question posed to current dispensation promptly gets equated with "irresponsibility" and "anti-nationalism"!

And if the rest of the opposition leaders are not posing questions, seemingly "unpalatable" to certain quarters; is it fault of Rahul Gandhi or Congress! They might be keeping mum due to certain "ideological" issues or to remain in the "good books" of power centre to serve any political interest or to keep the "zealous nationalist" section of the electorate in "good humour" who might get "offended" if straight questions on defence matters get asked; but as a true leader in national sphere, Rahul Gandhi cannot afford to remain aloof or indifferent without looking into the details! After all the interest and territorial integrity of the nation is at stake! The section of Indians who are truly patriotic and concerned for the sanctity of Indian territory are indebted to Rahul Gandhi for his bold questions and sense of responsibility, that too without launching personal attack on the Who's Who of the current dispensation at the Centre!

Lastly any political outfit holds every right to politically compete with Congress on electoral front (but through the front door) or dwell with the Gandhis(but issue-based and with civility, without launching personal attacks). But the concerned outfits hold absolutely no right to mock the electorate of India by constantly dubbing Congress as a "dynasty"! They must remember that just like BJP which is ruling the nation by virtue of the mandate offered by the people through free and fair election; Congress has similarly enjoyed it's stint in the Centre and made several comebacks(despite "rejected" and "ejected") by virtue of the free will of the people only! In several states also; Congress has ruled, is ruling, getting defeated and again re-elected through the votes of people only. So by dubbing Congress as "dynasty"; the particular outfits regularly  humiliate not only the free will of the Indians who had elected Congress(comparing them with "loyal courtiers") or vote in favour of it(irrespective of result), but also pose barbaric assault on the pillars of electoral democracy. This is simply not done.