As the roads are allegedly not repaired by the PWD concerned, the vehicles have stopped plying down the road leading to Tamenglong mini secretariat since the past two-three months. 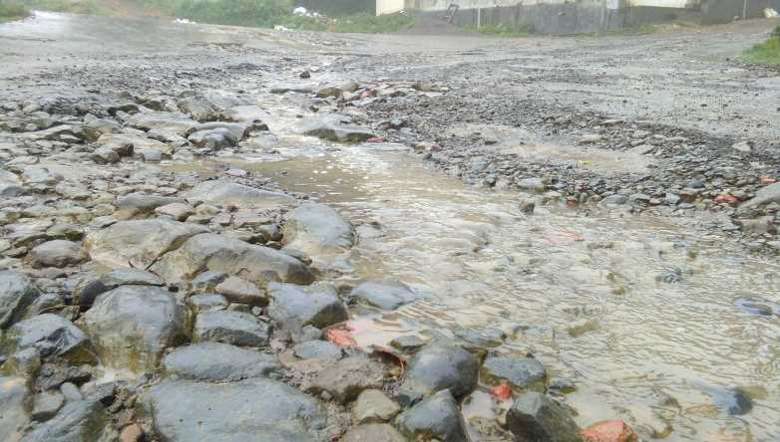 The heavy downpour of monsoon rains has reduced the roads in Tamenglong town into dilapidated condition as the roadways, including the Bazaar road from Haipou Jadonang Park towards Apollo bazaar and Council junction have been riddled with deep potholes at every few metres.

The conditions of the roads have worsened over the years. A reason for bad roads could be due to the absence of representatives from 53-Tamenglong assembly seat in the Manipur Legislative Assembly. Whatever be the reasons, the public are apparently the sufferers and victims to bear without any words.

It may be mentioned that 53-Tamenglong assembly seat has been lying vacant, following the alleged resignation of local MLA Samuel Jendai. The state government has not conducted the election to fill the vacant seat yet.

Although the conditions of the two roads are worsening day by day, no one seems to care for the deteriorating town roads. The state Public Work Department (PWD) in Tamenglong appears to exist only in name.

As the roads are allegedly not repaired by the PWD concerned, the vehicles have stopped plying down the road leading to Tamenglong mini secretariat since the past two-three months.

When contacted, deputy commissioner Tamenglong Armstrong Pame said that town roads were supposed to be looked after by the PWD, but nothing could be done due to the absence of the head of the department.

It is high time the intending candidates in the forthcoming state assembly election look into the grievances faced by the general populace of Tamenglong concerning the bad road conditions, especially during these hard times rendered by COVID-19 pandemic.