Security beefed up in Imphal West district ahead of Independence Day 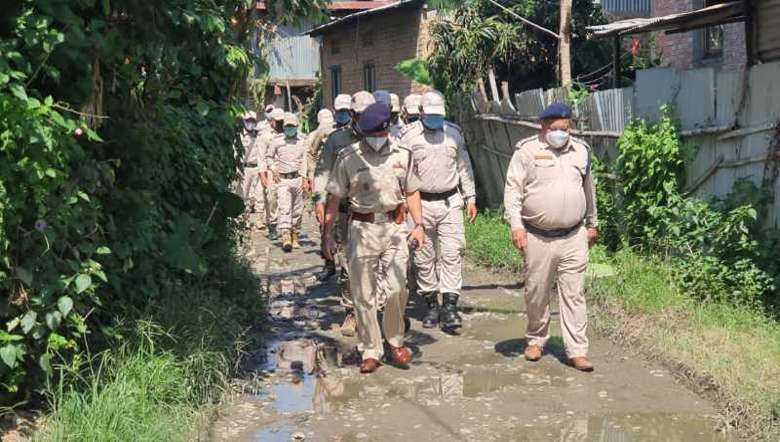 As a part of preventive measures in connection with the upcoming occasion of Independence Day, teams of Imphal West CDO led by DSP (Ops), Imphal West A Tomba Singh along with a team from City Police Station conducted cordon and search operations at three places on Wednesday.

In the course of the operation, around 230 individuals were detained and verified. And around seven individuals who could not produce their identity proofs were handed over to the City Police station team for further formalities, police sources said.

During the visit, the director general was briefed in detail by the various commanders on ground about the prevailing security situation and operational preparedness, IGAR (South) stated.

The general expressed his satisfaction on the security measures and operational preparedness of the Assam Rifles. He complimented the Headquarter Inspector General Assam Rifles (South) for efficiently managing the security situation in the state, it added.

The director general interacted with the troops deployed in the forward locations.  He also appreciated the untiring efforts of the forces in difficult and inhospitable conditions and commended them for carrying out people friendly operations, it further stated.

The director general was also briefed about the efforts being undertaken for Force preservation and COVID-19 preparedness of Assam Rifles in Manipur, it added.