With change in rainfall pattern, farmers in Manipur are a distressed lot

Exclusive: According to official reports, the state is facing rainfall deficit of nearly 64 per cent that makes most of the farmers wait to sow their paddy. 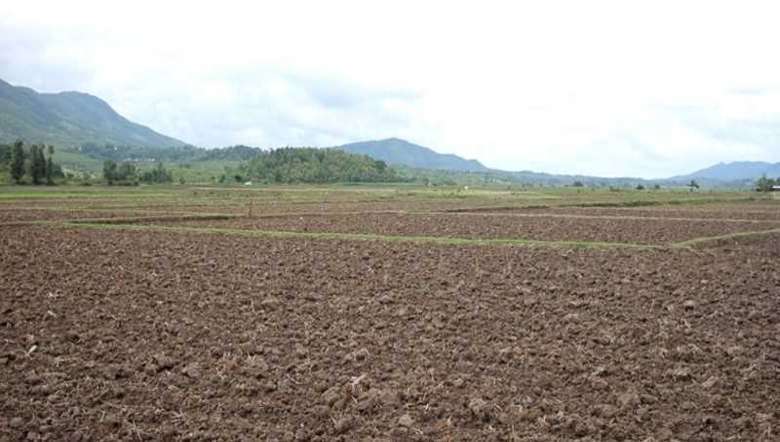 "The drought-like situation which we faced two years ago is likely to hit us again this year too. Now it is August but due to scanty rainfall we cannot sow our paddy yet," lamented a farmer, Yelangbam Ibohal from Sabungkhok Makha Leikai, Imphal East, who has been waiting for rainfall to cultivate his field. There are several distressed farmers like Ibohal in Manipur who are waiting impatiently for good rainfall.

While some of the hill regions in Manipur have been witnessing heavy rainfall and even mudslide along the Imphal-Tamenglong road in Kangpokpi district which damaged several acres of paddy fields, most parts of the state have reported scanty rainfall in recent years. The areas in the valley which once used to be flooded during this time of the year remain mostly dry. Most of the wetlands and rivers too are seen drying up due to delayed or failing monsoon rains which, according to experts, is caused by increasing deforestation activities.

With the changes in the rainfall pattern, farmers in the state, who are dependent on good monsoon and continue to follow the old traditional monocroping agricultural practices, face many challenges in carrying out their agricultural activities. This year, the farmers in the valley are yet to sow their fields due to rainfall deficit.

The problem of scanty rainfall during monsoon and extreme precipitation in pre and post monsoon is being faced in Manipur.

It is now August. However, according to official reports, the state is facing rainfall deficit of nearly 64 per cent that makes most of the farmers wait to sow their paddy. The sowing season in Manipur normally begins in the month of June and July, while harvesting is carried out by the farmers in the state during October-November.

Apart from the COVID-19 pandemic that has affected all sectors and several lives in the state, agriculture is one of the sectors that have been hit hard by the impact of climate change and global warming - mainly concerned with shifting of rainfall pattern in the state for the past few years.

However, according to the Indian Council of Agricultural Research (ICAR) Manipur, the state has been receiving annual rainfall, usually normal (i.e. 1460.9) or above the normal for the last 20 years.

Speaking to the Imphal Free Press about some of hardships caused by the impact of climate change for the past several, Ibohal said that scarcity of water for irrigation mainly during the season of paddy cultivation is not a recent phenomena. The yield of the crop has been reducing each year, as rice, which is widely cultivated across the state, is a water intensive crop, he said.

It may be pointed out that though rice remains the staple food of the people in the state and majority of the farmers here continue to focus on rice cultivation, the state is far from being self-sufficient in rice production. A few have switch to cultivation of other crops due to the growing demand in the market.

"Around ten years ago, we could produce goods yield and money incurred in paddy cultivation was not that high as everything was done manually. But with time, and the changes taking place through the years, many of us have adopted mechanized farming practices that require high investment as it conserves both time and energy.

“Nowadays it cost around Rs 10,000 to Rs 12,000 from ploughing of land for paddy cultivation till harvesting of rice in an area of one sangam. After investing this much money, we cannot ascertain our yield since we still continue to depend on monsoon," Ibohal narrated.

Rice being a staple food of the people, majority of the farmers cultivate it though they often face weather variability issues and proper irrigation facilities are yet to be implemented in the state. Despite being a largely farming state, the Manipur government is yet to reach out to the farming community with good farming facilities.

It is already August, and theagricultural lands that belong to several farmers in the state are completely dry. Trying their luck, several farmers, including Ibohal, had sown paddy in some portion of their cracked land with a prayer for the rain to fall in good measure.

Ibohal said two years ago, the government declared drought in the state and advised the farmers to submit documents to get some monetary aid. However nothing has been received by the farmers till date.

Asserting the root cause of cultivation woes as water scarcity, he said that Naibi River that passes through many places of Imphal East and Leimakhong River were the major source of water for agricultural purpose at one point of time. With the drying up of these rivers which was perennial at one point of time has posed water scarcity problem to the farming community in the state, he said.

The stories are the same in most part of the valley areas. Several farmers from various parts shared the difficulties they face in carrying out agricultural practices in the wake of climate change.

Speaking exclusively to the Imphal Free Press, joint director, environment and climate change, Manipur, T Brajakumar Singh said climate change is a global phenomenon and its impact reaches everywhere. However, farmers are among the most affected group as climate change affect farming in number of ways. Some of them are changes in average temperature, rainfall pattern, heat wave, changes in pest and disease, changes in atmospheric carbon dioxide, etc.

In the state of Manipur, poor farmers have been encountering climate change impact since the last around 10 years due to shifting of rainfall pattern and rise of temperature, he added.

The environment and climate change official further said that due to uneven or shifting of rainfall pattern, the farmers didn't get rainfall in the right time of cultivation. The monsoon of this year is delayed as till July there is a deficit of average rainfall of 64 per cent. It is also projected that less rainfall would be received in the remaining months of monsoon, he added.

Brajakumar said that the shifting of rainfall pattern, high intense rainfall are global phenomena. With the expansion of urbanization and degradation of forest areas in the state, extreme natural calamities like drought and flood is a frequent occurrence as consequences of uneven rainfall pattern.

Deforestation has also led to drying up many springs and rivulets which were perennial source of water at one point of time.Now, water holding capacity of the soil has decreased, causing flood situation at several places, he added.

As such, people should focus in building effective mechanism for adaptation while working on mitigation of climate change, he suggested. He continued that the culture of rainfed agricultural practices should be shifted to irrigation based farming method. Otherwise damage of crops or decrease in production will be rampant, he said.

Manipur is getting enough annual rainfall, promotion of rainwater harvesting can address the problem of water scarcity in agriculture in a big way, he added.

He further suggested that to conserve rainwater, efforts should be made to retain 60 per cent to 80 per cent of rain water in catchment areas, ponds should be dug in slope land areas, gullies and trenches should be made. Besides this, spring shed areas should be protected as reserved forest areas or sanctuary.

On top of it, farmers should start adopting smart agricultural or climate resilient agricultural practices otherwise future of farmers would be at stake because climate change impact is getting severe each year. For this, creation of massive awareness among farmers community is of utmost need, he added.

While mentioning about steps to be taken up by the environment department, he said that in view of climate change impact, the department is going to identify around 5000 traditional ponds along with ponds dug under the Mahatma Gandhi National Rural Employment Guarantee Schemes located valley. The steps will be taken up with the line department.

Action would be taken up to keep those ponds perennial. For this, high end technology would be use to inject water till aquifer so as to recharge water underground.

4000 borewell which are no longer used were identified

Also, as many as 4000 borewell which are no longer used were identified and initiatives of water injection till aquifer would be taken up too. Once such steps are taken, problem of water scarcity would be reduced to some extent, Brajakumar highlighted.

We all know that climate change is real and many marginalised farmers have to endure unbearable problems with this change mainly created by developed states or countries, he said.

ICAR carried out a study under the theme National Innovation in Climate Resilient Agriculture (NICRA) since 2011 to assess the impact of climate change in the agricultural sector. The main objective of the NICRA project is to make self-reliant in this juncture of climate change through four strategies. They are natural resources management, improving soil health, promotion of climate resilient agricultural practices and livestock rearing.

The studies of NICRA highlighted that Chandel, Churachandpur, Imphal East, Senapati, Thoubal, Ukhrul are among the high risk group region of climate change for Manipur due to low net irrigated area and rise in minimum temperature.

Joint director, ICAR North East Hill Region Manipur, I Meghachandra Singh, speaking exclusively to the Imphal Free Press said that climate change is a global concern and it is high time to focus on adaptive mechanism to prevent from any eventuality.

Rising temperature is one important aspect of climate change. But this aspect can be benefited as increasing temperature can help to successfully carry out double cropping of paddy if proper irrigation facilities are provided, he added.

Meghachandra also said that so far the state does not have much problem with the decreasing suitability of indigenous crop as an impact of increasing temperature. However, the problem of changing rainfall pattern is increasing each year. For this, developing proper irrigation facilities is the need of the hour and conservation of forest as well.

The joint director said that climatic condition has changed and farmers should learn to adapt to it. He also said there is a need to promote smart agricultural practices among the farmers in the state. New approaches can replace traditional practices. Farmers in the state should be encouraged to go for short duration cultivation and to use climate resilient seeds.

Moreover, farmers can also adopt the mechanism of crop diversification to enhance the yield, Meghachandra said. He then emphasized that agroforestry and conservation of forest are the most sustainable way to control climate change impact in the state.

However, as majority of small-scale farmers in the state remain mostly uninformed, there is an urgent need to create awareness in villages on new high yielding adaptive mechanism that can be adopted easily, come rain or shine.

Also, the recent heavy rainfall that damaged several paddy areas in hill areas while farmers in the valley areas were eagerly waiting for rainfall to sow their crops clearly shows that deforestation has greatly affected marginalised farmers in the state. The changing pattern of rainfall and its impact is wake up call for all to preserve and protect natural resources of the state.