IFP Editorial: the chief minister's Facebook post regarding the mudslide has hurt the sentiments of the local populace. While the Chief Minister’s comment may have merit, it is untimely and it is like putting salt over the wound. 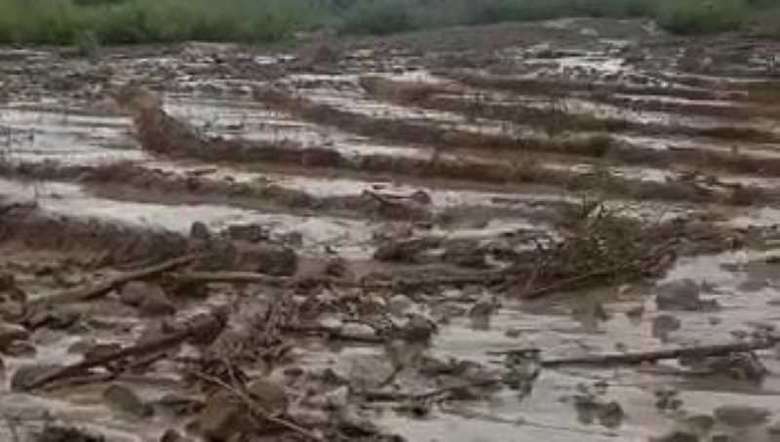 Residents of Tujang Waichong and Selsi village in Kangpokpi district of Manipur woke up on Monday morning to the sight of a massive mudslide which submerged around 30 hectares of their paddy field, shattering their hopes of survival during the pandemic. The massive mudslide that occurred at Lamlenkon in Tujang Vaichong jurisdiction in between Selsi village along the state's oldest highway Imphal-Tamenglong road, commonly known as IT Road also submerged more than 300 metres stretch of the road completely disrupting the movement of all types of vehicles. It was indeed a tragedy for the simple villagers. Mudslides have been quite common in this region and it is the third time that mudslides had occurred in this area. Not only that, the Imphal-Dimapur Road had seen many mudslides more particularly in the area adjoining the Koubru range. In recent times, the Chief Minister had been talking about rampant deforestation in the Koubru range and the resultant land degradation. But the chief minister's Facebook post regarding the mudslide has hurt the sentiments of the local populace. The post read, “Repeated landslide at T Vaichong, IT Road, Kangpokpi District....! Please Stop Deforestation Please Stop Poppy Plantation, Please Stop Deforestation otherwise such landslides will continue all over the state.”

Global deforestation or the removal of trees, shrubs and other plants from forests has increased markedly over the centuries. Forests, which once occupied half of the Earth's landmass, now cover less than one-tenth. Each year 130,000 square kilometers of the world's forests are destroyed, according to the United Nation's Food and Agricultural Organization. One of the devastating effects of deforestation is mudslides, which in the United States alone cause 25 to 60 deaths a year.Mudslides, which are wet landslides, usually occur on steep slopes stripped of vegetation when heavy rains, earthquakes or volcanoes destabilize them. Debris, rocks and earth flow or rush down the slopes, sometimes at high speeds and gathering a wet mass rising as high as 30 feet. Mudslides can completely bury buildings of cover villages. In 1999, mudslides killed 20,000 people in Venezuela when torrential rain pounded deforested slopes.With the absence of trees, shrubs and other vegetation, roots, which form a barrier against mudslides by holding back rocks and debris, are gone. Vegetation also slows the force and speed of mudslides. Deforestation is caused mainly by logging, both legal and illegal besides clearing for agriculture or jhum cultivation.