Is Manipur heading towards political turmoil?

The political drama that exploded dented the Congress party. Now, all eyes are on the Supreme Court and its judgment due on 26 August. In case the apex court decides to disqualify the 12 MLAs, there will be total chaos in the state's politics.. 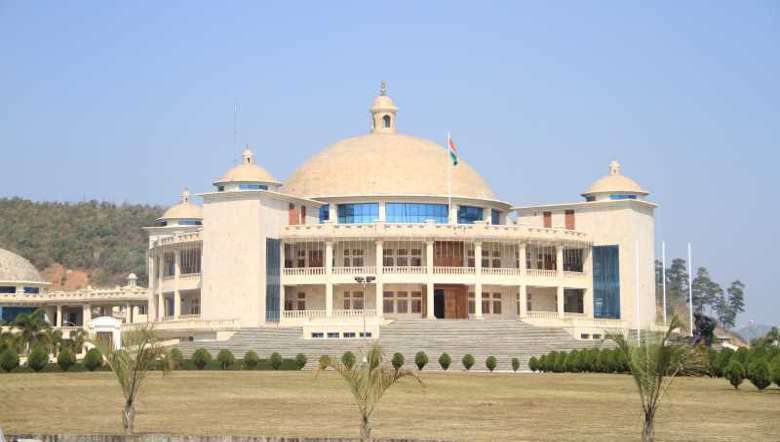 Manipur came to a euphoric standstill and welcomed Tokyo Olympics silver medallist Mirabai Chanu home last week. Thousands of people threw caution and a precautionary curfew for Covid-19 to the wind and lined up cheering along Tiddim Road, leading from the airport to Imphal city. But the fact remains that the state government has been unable to stem the Covid-19 tide. Over 1,000 people were testing positive daily and deaths are in the double digits even 10 days after the government imposed a curfew. At the time of writing, the total positive cases had reached the 95,000 mark and the death toll was more than 1,000.

But far removed from such happenings, a political drama has exploded in Manipur affecting the Congress Party, the state’s lone opposition party. It came about when Govindas Konthoujam, president of the Manipur Pradesh Congress Committee, announced his resignation from the position. In a letter, which was shot off to party president Sonia Gandhi, he cited personal reasons for his decision, a mere eight months after he assumed command in Manipur.

The next day, Konthoujam announced simultaneous resignations from the post of Member of the Legislative Assembly and primary membership of the Congress Party, leaving everyone in the party shell-shocked. Two other Congress Party legislators are also said to have walked away with him — Yamthong Haokip from the Saikul Assembly constituency and Khumukcham Joykishan from the sensitive urban Thangmeiband constituency. The duo, however, are yet to declare their resignations from the posts of MLA or renounce party membership.

Congress Party leaders made no attempt to hide their dismay over Konthoujam’s move. Soon Bhakta Charan Das, the All India Congress Committee’s Manipur-in-charge and former Union minister, flew in to Imphal to salvage as much as he could from the damage that the exit of their local chief had done to the party. He sat in Imphal waiting for Konthoujam to return to the party fold, but the latter was nowhere to be found.

Konthoujam was apparently in New Delhi trying to meet Bharatiya Janata Party chief J P Nadda, but was reportedly unsuccessful. He tried to catch up with Amit Shah in Shillong but was denied an audience as a prior appointment was not taken. Then, he headed for Dispur to meet the BJP’s point man and Assam chief minister Himanta Biswa Sarma. By then, the border flare-up between Assam and Mizoram became a conflagration and Sarma had more pressing problems at hand.

Before his reported visit to meet the saffron party’s top brass, Konthoujam had made a trip to New Delhi and met the heir apparent of the Congress Party, Rahul Gandhi. He wanted to be made chief of the Congress Legislative Party in Manipur, but Gandhi is said to have rebuffed him in the 15 minutes he was granted. The Congress party leader told him that as president, Konthoujam should concentrate on ensuring more MLAs on the party’s ticket get elected when Manipur goes to polls early next year.

According to Congress party sources, he is said to have complained to Das about the shabby treatment he was accorded by Gandhi.

On the question of the CLP, party leaders in Manipur are of the opinion that should it return a majority next year, Konthoujam would automatically be the new chief minister. But this seasoned politician, who has been elected for six consecutive terms from the Bishenpur Assembly constituency since the early 1990s and out of that five times on a Congress party ticket, seems to have a nemesis in the form of Okram Ibobi Singh, the current CLP leader and three time-CM of Manipur. For it is a well-known fact that Konthoujam, who is also an astute businessman, had financed the unsuccessful revolt against Ibobi Singh in 2015.

It is common knowledge that the BJP had approached Konthoujam in 2016 to join the party prior to the 2017 Manipur Assembly election. But it was the insistence that he be declared the chief ministerial candidate first before switching sides that led to his undoing with the saffron brigade then. It was around the same time that current CM N Biren Singh switched sides from the Congress Party to the BJP, more for political survival than to head the next government.

Actually, the same goes for Joykishan, who was elected on a BJP ticket prior to the 2017 election and would have been the best chief ministerial candidate for the last election but was lured by Ibobi Singh to switch to the Congress Party after reportedly being paid Rs three crore. He won on a Congress Party ticket then but is again seeking greener pastures, knowing the predicament of contesting elections on an opposition ticket as the price of a vote had reportedly been Rs 2,000 last time and is expected to touch a record Rs 5,000 next year. The BJP bigwigs though are apparently not happy with the way he had ditched the party in 2016.

For Haokip it is a case of pure survival. He has already served time in jail for being involved in siphoning off nine mm pistols from the armory of the 2nd Battalion Manipur Rifles and supplying the same to Kuki militants.

All said and done, there almost seems to be a revolt from BJP insiders against allowing the three Congress Party leaders into the saffron brigade. They have stated that it will create dissatisfaction among workers. Another question is, if Konthoujam were admitted into the fold, would he contend for the top post next year? Would Biren Singh be willing to accommodate him?

This sudden spurt in political activities, however, did not happen overnight. It resulted from the case of 12 Manipur legislators pending before the Supreme Court of India. Those MLAs were earlier appointed as parliamentary secretaries in 2017 by Biren Singh to keep his flock together. But when they were equated to office of profit posts, the CM made them resign. The Statesman had written about them as Manipur’s “dirty dozen” in February 2018.

The Election Commission of India, in their report earlier to the Governor, stated that posts of parliamentary secretaries do not amount to office of profit, citing two laws that granted the MLAs exemption. Those laws, however, have since been dropped. The Manipur High Court also ruled that the Manipur Parliamentary Secretary Act 2012 was unconstitutional, but the ECI refused to budge from its stand.

Two Congress Party leaders had taken a Special Leave Petition and approached the Supreme Court praying for directions to the ECI. That verdict was scheduled to have come out on 26 July this year but was deferred by a full month.

In the shifting sands of Manipuri politics, the present scenario in the House of 60 is —the BJP and its supporters have 24 seats, the Congress Party 17, Naga People’s Front four, National People’s Party four, Lok Janshakti Party one, All India Trinamool Congress one, and Independents three with seven vacant seats.

Now all eyes are on the Supreme Court and its judgment due on 26 August. In case the apex court decides to disqualify the 12 MLAs, there will be total chaos. One can envisage mass defection from the Congress party to the BJP to save the House and demands for pounds of flesh to switch sides. The BJP, however, might not be willing to comply with that. The feasible solution then would perhaps be President’s Rule in Manipur.

(The article was first published in The Statesman on the August 2, 2021. The views expressed are personal)