The NSCN (I-M) appeals to the Naga people, public and business groups to show solidarity to the ‘Framework Agreement’ and cooperate for the success of the shutdown. 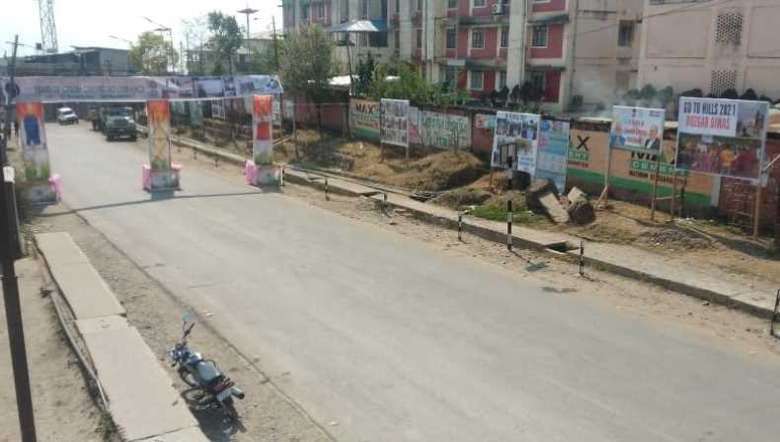 The NSCN (I-M) on Sunday announced that there will be a total closure of shops and business establishments in “Nagalim” for 12 hours, starting from 12.00 am of  August 2 till 12 noon of August 3 as a mark of protest against the Government of India for remaining silent on the ‘Framework Agreement’ even after six years.

The NSCN (I-M) appeals to the Naga people, public and business groups to show solidarity to the ‘Framework Agreement’ and cooperate for the success of the shutdown, stated a release issued by Ministry of Information and Publicity (MIP). the NSCN Regional authorities and civil bodies too are requested to cooperate, MIP stated.

The historic ‘Framework Agreement’ which was signed on the August 3, 2015 between the Central government and the National Socialist Council of Nagalim (NSCN) is yet to see the light of fulfilment as committed by the Centre, it stated. Six years down the line, there is no positive response yet from the Central government. The Nagas cannot be taken for a ride in this manner, it added.

While Naga people appreciate the Central government for recognising the historical and political rights of the Nagas by signing the ‘Framework Agreement’, the matter should not end there. “What had been committed should be taken to a logical conclusion.The NSCN/GPRN attached high political value to the ‘Framework Agreement’ as a fulfilment of Naga people’s historical and political rights,” it added.

On Friday, the United Naga Council (UNC) had also called a ‘total shutdown’ on August 3 in all the “Naga areas” in Manipur for 12 hours to demonstrate support to the ‘Framework Agreement’ and also in protest against its failure to materialise even after waiting for six long years.

As per reports, UNC had stated that the total shutdown will begin from the midnight of August 2 and will culminate at 12 noon on August 3. UNC further stated that it is doing this by way of observing the anniversary of the signing of the ‘Framework Agreement’ which was signed on August 3, 2015 in New Delhi.