Former Manipur Congress president Govindas Konthoujam has been inducted as primary member of the BJP. 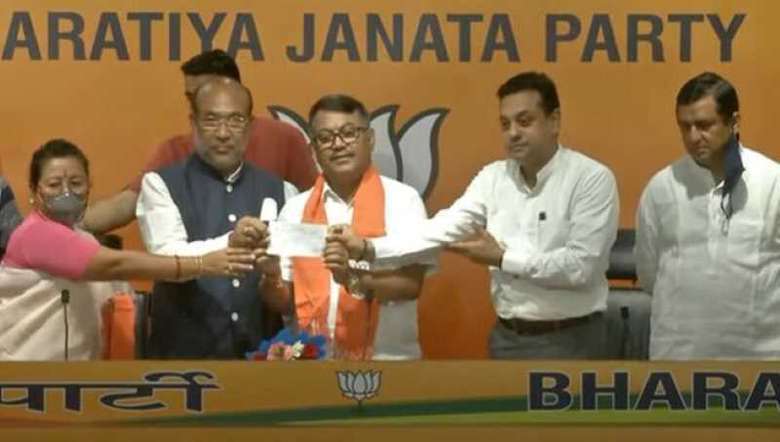 Other state Congress party leaders will also join the BJP soon, Biren said after Govindas was inducted into the BJP with a primary membership..

During the function Biren said, "Govindas is my friend and had been working together during the then Congress government in Manipur. More Congress MLAs are going to join BJP soon. We will work together to strengthen the BJP in order to bring welfare for the people."

Govindas, however,resigned as member of the state Legislative Assembly and from the Congress party’s primary membership on July 28 after he stepped down as the stateCongress party president on July 20.