One arrested with 16 bags of betel leaf at Imphal airport

The consignment of betel leaf was delivered by Air India Flight 91-741 that landed at the Imphal airport at 11.10 am Saturday. 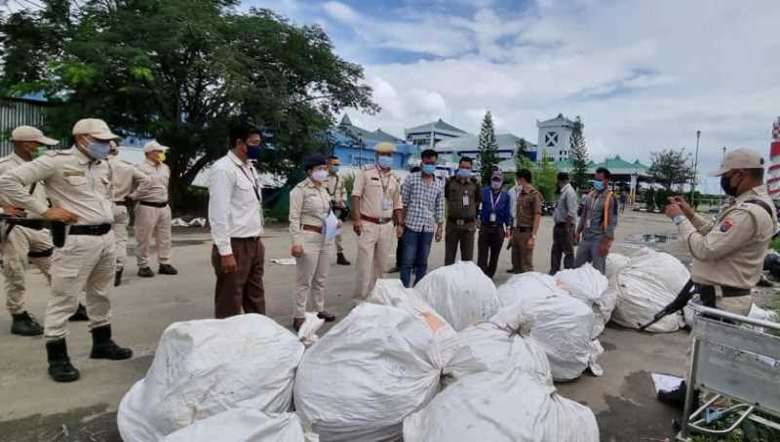 One person was arrested and a huge consignment of betel leaf seized at the Bir Tikendrajit Imphal International Airport Saturday, police sources said.

As many as 16 bags of betel leaf were seized from the possession of the arrested person identified as one Kangjam Jackson Singh of Utlou Chanura Bazaar, airport police offocials said.

The consignment of betel leaf was delivered by Air India Flight 91-741 that landed at the Imphal airport at 11.10 am Saturday. Following the information, a team of Tulihal Airport PS led by OC TAPS and commanded by SDPO SJM and under the overall supervision of SP Imphal West rushed to the Bir Tikendrajit Imphal International Airport at 11: 30 am and intercepted the consignment of 16 bags of betel leaf at the cargo delivery point of the Imphal International Airport at 12:30 pm.

On enquiry, it is found that the said consignment of betel leaf were shipped to Imphal from Guwahati via Air India flight 9I-741 by one Pramod (shipper’s name) via Bhagwati Air Express Pvt Ltd (carrier agent’s name) to consignee namely, SSS at Imphal under consignment No 09884763991 and was being received by one Kangjam Jackson Singh, 22, son of late K Dhananjoy Singh of Utlou Chanura Bazaar on behalf of SSS, the sources said.

Since the outbreak of COVID-19 pandemic in the state, the Manipur government ordered ban of consumption of betel leaves with betel nuts, tobacco products etc.

The above items comprising 16 bags of betel leaves along with the cargo manifest were seized from the possession of Kangjam Jackson who was arrested at 12:50 pm by OC TAPS, the sources said.

The police said the arrested person along with the seizure items have been handed over to OC SJM PS for taking up further necessary legal action.