IFP Editorial: Himanta Biswa considers himself as the BJP strongman of Northeast India as mandated by the Union Home Minister Amit Shah. He was delegated to broker peace between a sulking NSCN (IM) and the Government of India over the protracted Naga peace talks. 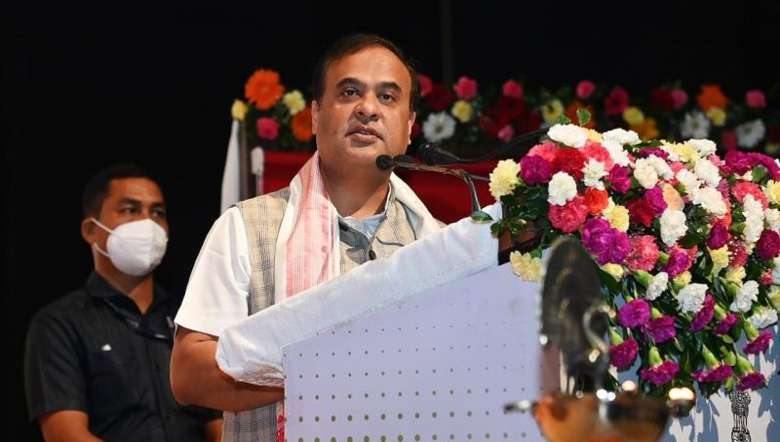 In a recent meeting at Shillong, the powerful Union Home Minister Amit Shah issued a diktat to the chief ministers, directors-general of police and chief secretaries of all the northeastern states to sort out their intractable inter-state boundary differences, as they should be mindful of the Modi government’s project of uniformity and conformity. Considering the demographic complexity and fluid politics of the region, it was indeed a strange demand. A few days later, the police forces of Assam and Mizoram were exchanging fire, and the respective chief ministers were exchanging angry tweets. At the end of the day, six policemen were dead at the hands of another state police force. The two states while accusing one another about who fired the first shot has also whipped up the sentiments of the civil society. Even as both the state governments agreed to let central forces take control of the disputed territories, the Assam government issued a travel advisory to its citizens not to go to Mizoram in view of the border skirmishes. Not long after, the Assam government has also issued a red alert to its forces in the areas bordering the state of Nagaland.

Assam has border disputes with almost every state except Manipur and Tripura. Perhaps, it is because the two were princely states with properly demarcated boundaries before the Indian Independence while the other states were carved out of Assam. The state of Assam has long standing border disputes with the states of Nagaland, Mizoram, Meghalaya and Arunachal Pradesh. The last one was known as North Eastern Frontier Agency (NEFA). Arunachal Pradesh became a full-fledged state on February 20, 1987. Manipur’s boundary disputes have not been that violent as in the case of Assam’s disputes with other NE states. In the recent past, we have seen violence and blockades on the Assam-Mizoram border while Arunachal Pradesh has also its share of disputes with the state of Assam. Nagaland has also boundary disputes with Assam and every now and then violence erupts.

In the light of these circumstances, it is rather strange that Himanta Biswa Sharma should act in this way after recently becoming the chief minister of the state while also being the Convenor of the Northeast Democratic Alliance (NEDA) led by the BJP. Himanta Biswa considers himself as the BJP strongman of Northeast India as mandated by the Union Home Minister Amit Shah. He was delegated to broker peace between a sulking NSCN (IM) and the Government of India over the protracted Naga peace talks and he had openly advised Thuingaleng Muivah to sign the so-called honourable solution ‘that goes along with the unique history and traditions of the Naga society’ as worked out by the Government of India. But, Himanta is blind to the fact that any alternative would be vociferously opposed by the Kukis or the Meiteis. The central leadership must understand that Himanta Biswa Sharma is not representative of the voice of the North Eastern states.

After nudging out Sarbananda Sonowal from Assam politics and becoming the Chief Minister, Himanta Biswa has begun to show his true colours and of Assamese hegemony over the whole of Northeast. Everyone remembers how he ditched his mentor Tarun Gogoi and joined BJP and crafted the grand strategy of Congress Mukta NE while converting himself into a true follower of Hindutva ideals. But, nobody expected him to assert Assamese chauvinism over the other states of Northeast. Even Amit Shah would have been surprised over his recent acts. Now, the fallout with Mizoram and Nagaland is certainly going to have a spill-over effect on Manipur. It had happened in the past. When Mizoram had troubles with Assam, it will certainly look upon Manipur for uninterrupted supply route for essential items and Manipur government would have no option to facilitate the same on the humanitarian question. Manipur has to help.