India’s Lovlina Borgohain entered the semi-finals at the 2020 Tokyo Olympics on Friday. 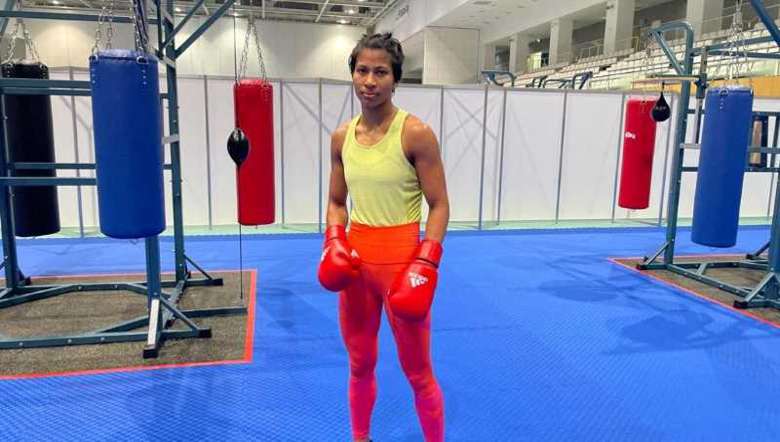 Lovlina Borgohain during a training session in Tokyo

Hailing from Golaghat district of Assam, Lovlina’s journey to Tokyo has not been an easy one, Boxing Federation of India (BFI) stated in a release. She was tested positive for COVID-19 in October last year and had to be admitted in hospital because of which she could not take part in the team’s exposure trip to Italy, BFI stated. But despite the obstacles, Lovlina, like a true fighter, made a comeback in the ring even after staying away from the game for more than a year, during the Boxam International in March. Later, she also participated at the Asian Championships and won a bronze medal for the country, it added.

Lovlina’s journey into the contact sport is an intriguing affair. Following the footsteps of her twin sisters Licha and Lima, she had first taken up kickboxing, BFI stated.

Lovlina found her love in boxing as she was always on the lookout for an opportunity, and it came within a few months. SAI was holding the trials at Barpathar Girls High School, where she studied, and showed her skills when she took part in the trials, it added.

That’s how Boro noticed her exceptional talent and started honing it from 2012. It was only when she met her first coach Padum Boro, her life took a definite turn. Boro, who worked at Sports Authority of India’s Shillong and Dimapur centers, introduced her to boxing and since then there has been no looking back for Lovlina, BFI stated.

It further stated that the 23-year-old has represented India at the Commonwealth Games in Gold Coast. She was selected for the prestigious event on the back of some brilliant performances in recent months — gold at India Open, bronze at Asian Championships in Vietnam and bronze at President’s Cup in Astana. The boxer also has a World Championships bronze medal to her name which she won during her maiden outing in November 2018, it stated. She also won a gold medal at the 3 rd Elite Women’s Nationals in Vijayanagar, it added.

In 2019, she won another bronze medal in the World Championships in Russia and in 2020, became the first women boxer from Assam to qualify for Olympics. She also got the prestigious Arjuna Award last year, it added.