In view of the unrelenting pandemic situation, celebs ended their long wait to exchange vows and celebrated their weddings low key yet beautiful. 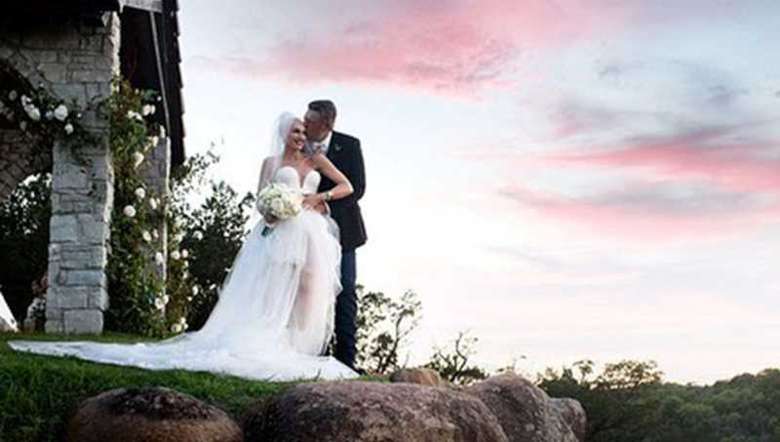 The COVID-19 pandemic has impacted several lives the world over since 2019 yearend, but as the pandemic wave appeared to ebb in parts of the world, and many in love were tied the knot and exchanged vows. However, in view of the unrelenting pandemic situation, celebs ended their long wait to exchange vows and celebrated their weddings low key yet beautiful, cutting out the long guest list and extravagant ritual ceremonies.

Black Shelton and Gwen Stefani – American singers - 45-year-old Blake Shelton and 51-year-old Gwen Stefani tied the knot on July 3 in Blake's Oklahoma ranch. The Voice reality show host Carson Daly officiated the wedding. After meeting as coaches on the NBC singing camp in 2015, Gwen and Shelton started dating and kicking off a duet - Go Ahead and Break My Heart. In October 2020, the couple announced their engagement. The couples have also collaborated on a few songs before their marriage including Nobody But You, Happy Anywhere and You make it feel like Christmas.

Ariana Grande and Dalton Gomez – American singer and actress Ariana Grande – 28-year-old and real estate agent Dalton Gomez - 25-year-old had a cool wedding at the singer’s residence in Montecito, California. The pair announced their engagement in December 2020 and on May 17, 2021, the US Weekly confirmed that the two got married. According to Vogue, the ceremony was an intimate affair with less than 20 close friends and family gathered to watch the couple, who started dating in January 2020.

Nicolas Cage and Riko Shibata – After about a year of dating, the 58-year-old National Treasure actor Nicolas Cage married for the fifth time with Riko Shibata on February 16, in Las Vegas.

Justin Hartley and Sofia Pernas – The 44-year-old American actor Justin and 31-year-old actress Sofia Pernas, just one day after the Young and the Restless alums walked the red carpet together at the MTV Movie and TV Awards in May 2021 while wearing matching rings, E! News reported that the couple tied the knot in secret after a year of dating.