Kangpokpi deputy commissioner Somorjit Salam home isolation is not that effective in some villages, so Community Home Isolation Centres (CHICs) must be strongly recommended to contain the alarming surge of infection in the district. 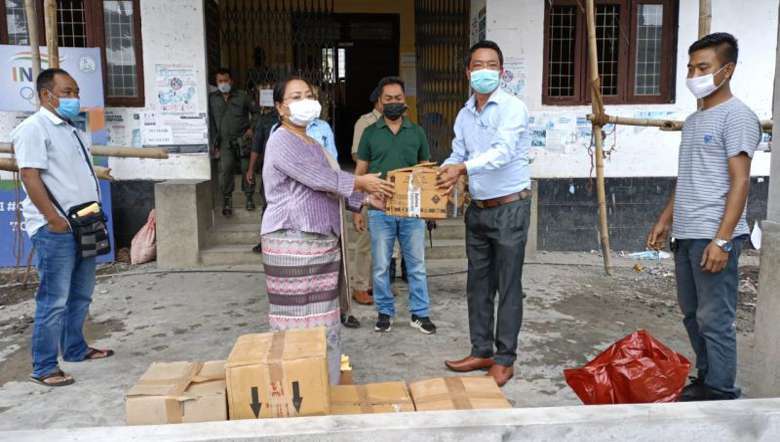 COVID-19 has been surging in rural areas as no Covid appropriate behavior  (CAB) is being followed and this needs to be checked strictly, Kangpokpi deputy commissioner Somorjit Salam said Thursday.

Responding to a query, he said that the amount or funds sanctioned by the state government is meagre and the district administration has been utilising all the resources available.

He also said that home isolation is not that effective in some villages, so Community Home Isolation Centres (CHICs) must be strongly recommended to contain the alarming surge of infection in the district.

Meanwhile, MLA Nemcha Kipgen asked chief medical officer Dr Aneng Haokip to make a 24x7 roster duty for doctors and nurses posted at PHC T Waichong and directed the SP Kangpokpi to provide security assistance as and when the situation demands in collaboration with the Covid task forces and local bodies.

She constituted the CHIC management committee and entrusted them to identify a qualified nurse for a temporary engagement at CHIC Kangpokpi assembly constituency. She also distributed protective gear to all the Covid task force and in charge medical officer of PHC Kalapahar, T Waichong, and medical superintendent of district hospital Kangpokpi.

According to Dr Aneng Haokip, as of now, there are 57 containment zones in the district, and with 25 new positive cases detected on Thursday, the total active case as of today reached 244 out of 2437 cumulative positive cases with 58 deaths.

Chairman and representatives of seven Covid task forces highlighted their various grievances in their endeavours in connection with mass testing and mass vaccination in their respective areas.

They highlighted the necessity for the SDOs to be present at the mass testing and mass vaccination sites and sought their intervention in initiating advocacy/awareness programmes.

The Covid task force of Kangpokpi assembly consistency also urged the district administration to look into their grievances owing to financial shortages and clarified over the funds sanctioned for the task forces.

Dr Paotinlal Haokip said that a fully vaccinated person who has already got the booster dose is not required to be tested again but in case if any one of the family members become positive, then only he has to be tested again.

He pointed out that the achievement of the district so far is only because of the Covid task force and without them the medical department would become handicapped.