The difficulties faced by MHRC in the last few years were disclosed by its acting chairperson Khaidem Mani at a press briefing in Imphal on Saturday. 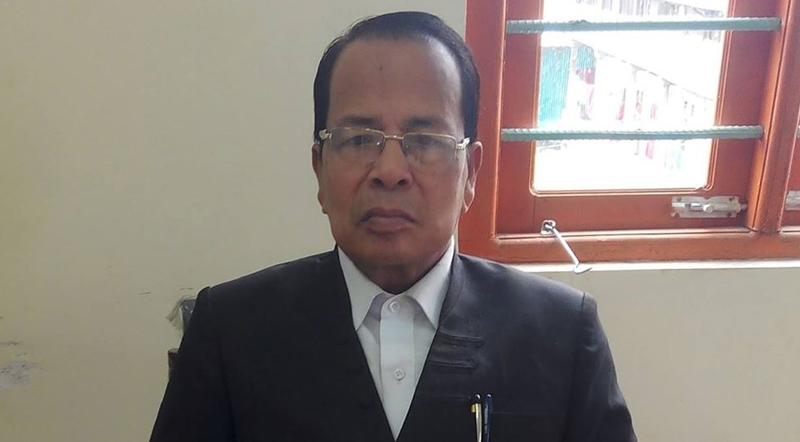 The Manipur Human Right Commission (MHRC), which was reconstituted in August 2018 after being defunct for eight years and three months, continues to face shortage of staff and finance.

The difficulties faced by MHRC in the last few years were disclosed by its acting chairperson Khaidem Mani at a press briefing organised to commemorate the commission’s 22nd foundation day at Lamphelpat, Imphal, on Saturday.

On the occasion, Mani stated that despite facing acute shortage of finance and staff, many landmark cases have been taken up by the commission and it has dealt with various human rights violation cases in the state.

Expressing dismay over the indifference exhibited by the state government, Mani rued that few were aware about MHRC and its activities. He asserted that MHRC is an independent and autonomous statutory body working for the betterment of human rights of citizens.

The commission can also facilitate and help the government in discharging its duty of good governance, said the acting chairperson.

Despite severe lack of manpower and infrastructure, MHRC has taken up key cases like premature release from lifelong imprisonment. Two persons sentenced to life imprisonment after serving more than 21 years in prison were released in August 2019.

The MHRC had taken up suo-motu cases on increasing numbers of bandhs, general strikes and economic blockades in Manipur in May, 2019. A complaint on withdrawal of AFSPA, 1958 has been taken up and issued pertinent notice. Several other cases like inclusion of Manipuri Meetei Mayek script in India’s currency notes; guideline to Manipur police for proper functioning during COVID-19 pandemic; cases on distribution of essential items to public during COVID-19 pandemic; investigation of quarantine centres and even the issue of ratification of UNCAT etc. were taken up by the commission.

MHRC was set up on June 27, 1998 under the Protection of Human Rights Act, 1993 and has completed 22 years of its existence. However, MHRC has been continuously neglected over the years and was defunct for almost eight years and three months and was reconstituted under the present state government headed by N Biren in August 2018.

Being an autonomous body, the MHRC has been dealing with various human rights cases despite having just three staff members – the acting chairperson, one LDC and one under-secretary. The acting chairperson said his salary has been pending for five months. He has written to the state government and chief secretary seeking financial autonomy and amended rule 27. After much pressure, one secretary has been appointed on a part time basis in recent times.