Olympic silver medalist Mirabai Chanu to be appointed as ASP 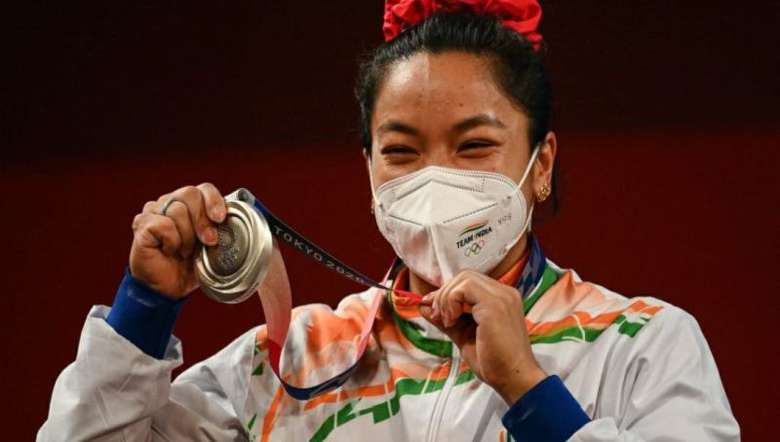 CM Biren made the announcement during an inspection of ongoing installation of Cryogenic Oxygen Plant at Porompat and construction of COVID hospital by DRDO at Kyamgei.

Speaking to media persons, the chief minister said that Mirabai Chanu would also be rewarded with Rs 1 crore as announced by the government.

The chief minister further stated that Olympian Judoka Likmabam Sushila Devi would be promoted from the post of constable to Sub-Inspector.

All the state participants at the Tokyo Olympics 2020 would be given Rs 25 lakh each, the chief minister said, while adding that a World Class Weightlifting Academy will be established in the state soon.

Meanwhile, replying to the query regarding extension of curfew, CM Biren said that the meeting of Technical Committee on COVID-19 is scheduled to be held later in the day.

"The state government is considering extending the ongoing curfew with relaxations on few essential services for the welfare of the public," CM Biren added.

CM Biren further informed that the government will set up Community COVID Care Centers in all the constituencies with the support of concerned MLAs, DCs, local clubs, etc. Free meals would be provided to the inmates by the government, he added.