An earthquake of mild intensity jolted Imphal and parts of Manipur in Northeast India on Monday morning. 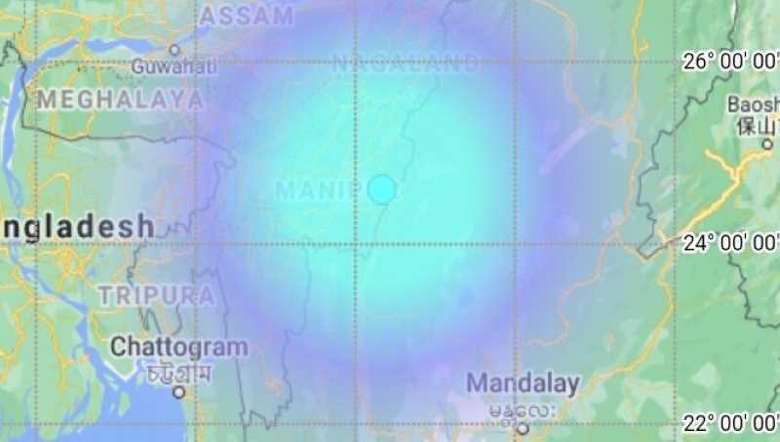 Earthquake of mild intensity struck Delhi, Hyderabad and parts of Northeast India on Monday morning. While earthquake of 4 magnitude on Richter scale hit Hyderabad at 5 am, tremors were felt in Delhi around 6.42 am and parts of Manipur were jolted around 10.34 am.

According to the National Centre for Seismology, an earthquake of 4.9 magnitude on Richter scale hit Manipur with its epicentre at Ukhrul at 10.33 am IST on Monday.

Till the time of filing the report, there were no reports of any damage to any structure or property or any casualty

Hyderabad was also hit by the earthquake early morning at 5 am, the NCS said.

“Mild tremors were confirmed around 6.42 AM in the morning. As a standard procedure, trains were run on cautionary speed and stationed at next platform. The services are now running normally,” DMRC tweeted.

On Sunday, Sikkim in Northeast India was also hit by earthquake of 4 magnitude.