A fraction of your investment

IFP Editorial: If only the big corporate houses in India invest a fraction of its revenues in other sports disciplines besides cricket India could have achieved much more in international events like the Olympics. 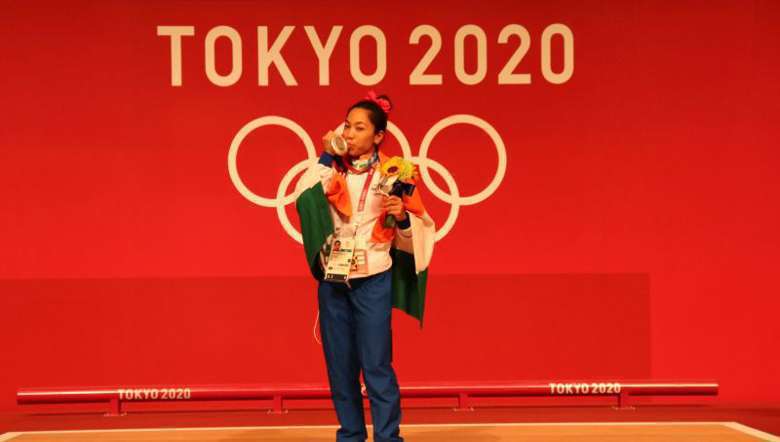 This Saturday, July 24 did brought a cheer to the Manipuris otherwise plagued by the unrelenting surge in the number of Covid-19 positives. This day, Manipuri weightlifter Saikom Chanu Mirabai won the first medal for India in the Tokyo Olympics on the first day, a feat after Karnam Malleshwari won the bronze medal in weightlifting in 2000 Sydney Olympics. Indians celebrated it as if it is their own.

Mirabai is not the only star in weightlifting for Manipur. We have the celebrated Dronacharja Awardee Kunjarani Devi and Dhyanchand Awardee L Anita Chanu, who had consistently promoted the sports of women weightlifting in the state. Kunjarani’s first World Women's Weightlifting Championship was the Manchester edition in 1989 and the reward of three silver medals buoyed her spirits considerably. Since then she has taken part in seven successive World Championships and with the exception of the Melbourne edition in 1993, she has won medals at every one of those competitions. She, however, could not get to the top spot, having always to be content with silver medals. A bronze medal was the most she managed in the Asian Games at Beijing in 1990 and Hiroshima in 1994, and she failed to secure any medal in the 1998 edition of the Asian Games at Bangkok.

Soon after winning the historic silver at the ongoing 2020 Tokyo Olympics, India's weightlifter Mirabai Chanu (49kg) was on video chat apparently with someone back home. Euphoric after her triumph, the 26-year-old Manipuri athlete did Bhangra, a traditional folk dance of Punjab. The call continued for a few more seconds but it was Mirabai's Bhangra jig that surprised everyone, including her head coach Vijay Sharma. Earlier, Mirabai ended India's 21-year-old long drought in Olympics by clinching the silver finishing behind China's Hou Zhihui. Indonesian Windy Cantika Aisah finished third to bag a bronze medal. Before Mirabai achieved the feat, Karnam Malleswari was the only Indian lifter to win an Olympic medal. She bagged bronze in the 69 kg category at the 2000 Sydney Games when the weightlifting arena was opened to women for the first time.

Mirabai lifted a total of 202 kg (87kg in snatch+115kg in clean and jerk), three kilograms lower than her personal best of 205kg. Zhihui lifted eight kilograms more (94kg in snatch+116kg in C&J) than her Indian counterpart. The Indonesian lifted 194kg (84kg snatch+110kg C&J). In the snatch event, which was seen as Mirabai's Achilles' heel prior to the big event, the Indian lifted 84kg in her first attempt and then improved it by three kilograms in her next attempt. However, she failed to lift 89kg in her last attempt. Zhihui started with a lift of 88kg and made it 92kg in her second. In her last attempt, she lifted 94kg to create an Olympic record in the snatch section. The lift also meant she led Mirabai by seven kilograms after the snatch section. The 2017 world champion Mirabai continued her good show in the clean and jerk section by lifting 110kg in the first attempt and then setting a new Olympic record by lifting 115kg. However, the record was soon broken by Zhihui as she lifted 116kg in her third attempt after she lifted 109kg and 114kg in her first two attempts respectively. Mirabai tried to better it by attempting to lift 117kg but failed.

Well, the problem is with the sponsorship of sporting events in India. If only the big corporate houses in India invest a fraction of its revenues in other sports disciplines besides cricket India could have achieved much more in international events like the Olympics. International woman footballer from Manipur Ngangom Bala felt that India will one day make it to the top level group of nations in sports as one gets to be exposed to a new method of training system and opportunity to push it further. Bala told media persons on Saturday while landing at Imphal Airport from Scotland, where she played for Rangers FC team. She also became the first woman footballer from India to ink a contract with European Club. Ngangom Bala also extended her gratitude to the state government for promoting her to the rank of inspector from constable.