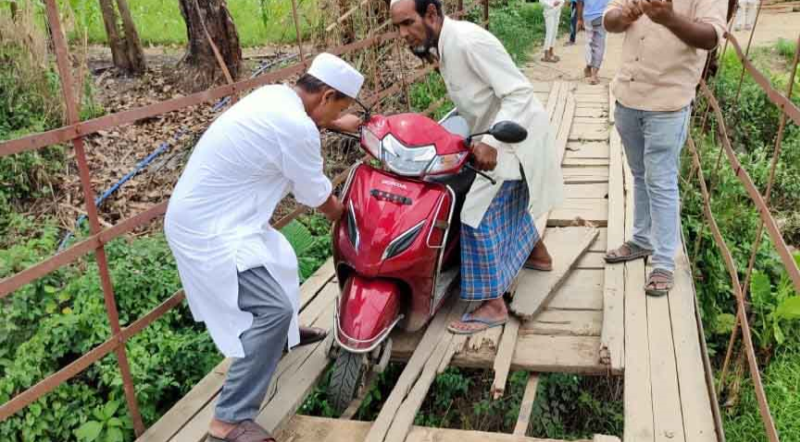 The connecting bridge between Heirong, Andro assembly constituency and Singa, Wangkhem assembly constituency was renovated on Friday after considering the needs of the villagers for agriculture works. The renovation work was carried by chairman of United NGO forum, Manipur and Congress worker, Keishem Ningthemjao.

Instead of repairing, the MLA assured to construct a new bridge but it was constructed at a thinly populated area of Yairipok Bishnunaha and Kongbam Leikai. It is reported that it was not necessary to construct the bridge at the area compared to the necessity of Heirong and Singa.

Convenor of Heirong Leirak Development Committee, Md Miraj-uddin told the media on Friday at Heirong that the committee is pleased that the renovation work has been immediately taken up after the matter was placed to Ningthemjao.